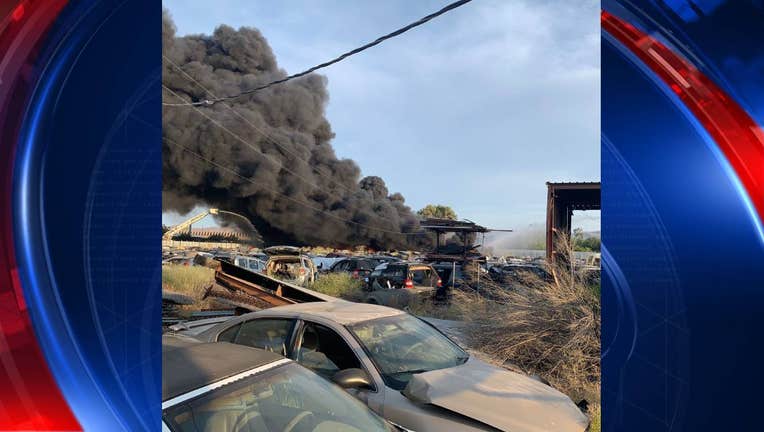 PHOENIX (FOX 10) - Phoenix fire crews were on the scene of a scrapyard fire in South Phoenix on Sunday. The fire broke out near 16th St. and Broadway.

Officials say when they arrived on the scene, they discovered a large amount of fire near the rear of the scrapyard. Crews had to move their trucks around several obstacles in order to effectively battle the fire. Once the elevated ladders were in place, firefighters obtained control of the fire and prevented it from spreading throughout the scrapyard.

This was a first alarm fire and nearly 40 firefighters were on the scene. Investigators believe the fire isn't suspicious and they're looking at spontaneous combustion to be the cause of this fire.

Captain Rob McDade with Phoenix Fire said it was a defensive fire and "crews have elevated master streams on the fire."