GILBERT, Ariz. - Gilbert is one of the largest cities in the country without a cemetery, that is until now.

"No longer will they have to travel to a city outside of Gilbert to lay their loved ones to rest," said Bryce Bunker, President of Bunker Family Funerals and Cremation.

The Gilbert Memorial Park near Val Vista and Queen Creek Road is a first of its kind in the town of Gilbert. Up until now, there had been no cemetery.

"When you lose someone you love, the most important thing is that you have convenient access to that sacred sight," said Jenn Daniels, Mayor of Gilbert.

The town of Gilbert has nearly 260,000 residents. Mayor Jenn Daniels says this new memorial park was a need in the community.

"This was town-owned property and we ventured in to a long term lease with the Bunker family in order to see this project come to fruition, but one of the great things about it is through this project there will be an endowment fund created that will care for this property in perpetuity so there will never be a time when this facility isn't maintained," said Mayor Daniels.

The funeral home has a family room, memorial room, chapel and reception area. The atmosphere is calming and serene.

The entire property is 22 acres and 10 have been developed so far. 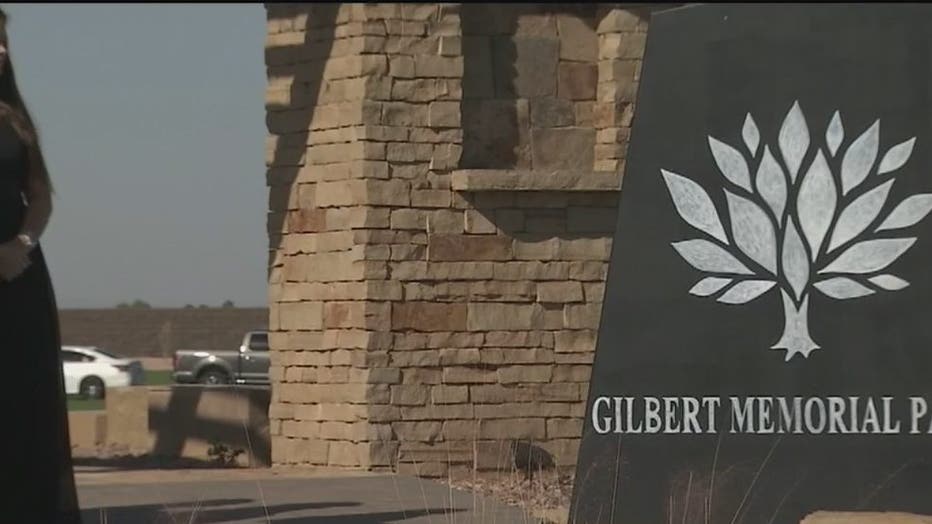 The Bunker Family's goal is to make it a welcoming place to preserve the history and memory of the community's friends and family.

"Subsequent phases will be based upon what people value and the things that they relate to and find value," said Bunker.

There is a public open house for the Gilbert Memorial Park scheduled for Saturday from 10:00 a.m. to 1:00 p.m.