SPARTANBURG, S.C. - First responders in South Carolina managed to save a tiny puppy trapped in an uncomfortably narrow and dark storm drain.

The Spartanburg Police Department posted video of the harrowing rescue, which was a joint effort between firefighters and animal services.

Footage looking down into the storm drain shows what appears to be a tiny Yorkshire terrier puppy, named Lizzy, frantically jumping up onto the sides of the storm drain walls in an attempt to escape, to no avail. 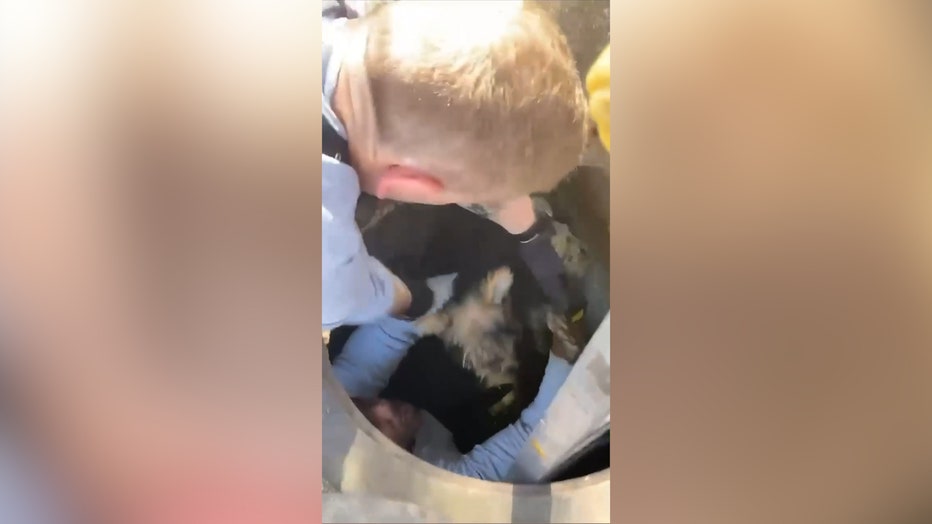 Freeze frame of a first responder handing a rescued puppy to crew members.

In the video, one of the first responders carefully makes his way down the storm drain with an opening so narrow that the rescuer has to keep his arms glued to his sides.

Once in the storm drain, the first responder coaxes Lizzy to come out of an adjacent pipe.

Luckily, the puppy walks right into the hands of her rescuer and is passed up to another first responder waiting above.

Lizzy, although slightly soaked in drain water, was embraced by her owners and appeared to be uninjured.