PHOENIX - Eight Marshallese women have been caught in the middle of an international adoption scandal involving suspended Maricopa County Assessor Paul Petersen, and now some that were brought to Arizona to give birth are moving away.

For the past month, those eight women have been stuck in limbo living in a Mesa apartment. On Tuesday, one of those women followed through with her original adoption plans and left Arizona.

The women did not want to be identified or speak on camera. They walked through the airport together flanked by security. The adoptive mother with her newborn baby strapped to her along with the birth mother and her two other young children.

"She went ahead with the adoption and I think the adoptive parents are so excited about getting a child, the baby was cute and in good shape," said Greg Pratt, the pastor at Life Church at South Mountain.

The first of eight planned adoptions was completed. The adoptive parents were able to complete the process without Paul Petersen and his associates.

Pastors with Life Church at South Mountain have been supporting the women and children, supplying food and clothing. In this case, the church used donations to pay for their baggage fees.

"The way I understand it, part of the arrangement was they were going to take care of tickets to be able to fly them where they wanted to go," said Pratt. 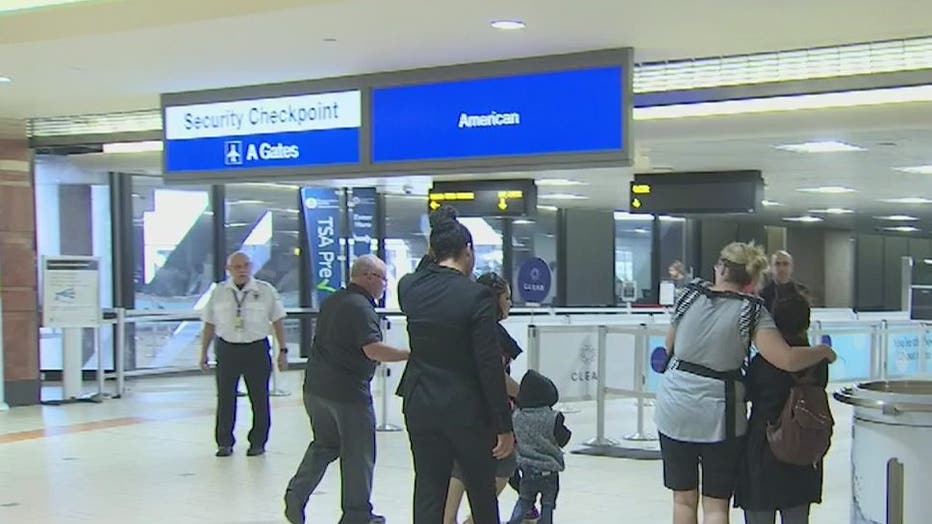 Seven other women and six children remain in the apartment. Each woman, expected to give birth by December. After that, the women are free to decide what they want to do with their newborn and where they want to go.

"Some of the mothers have made a thought about keeping their child, that's still up in the air," said Pratt. "If they decide they're going to keep their baby they may not have the transportation they need so we're willing to buy the tickets to help them with that."

The pastor says all of the women plan to leave Arizona, but stay in the U.S. and live with relatives in other states.

Paul Petersen pleaded not guilty to multiple local and federal charges. He is free on bond, wearing a GPS tracking monitor, and does not plan to resign as Maricopa County Assessor.