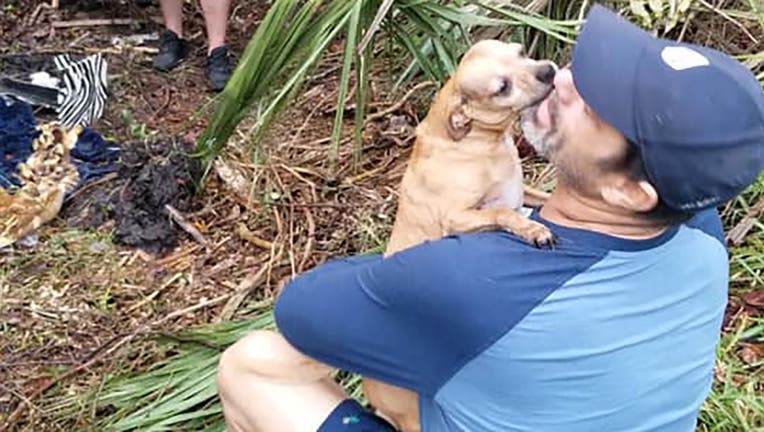 The heartwarming reunion of Max and his owner led users on social media to thank the sheriff's office for its dedication in searching for the missing dog. (Flagler County Sheriff's Office)

(FOX NEWS) -- A Florida dog owner’s heartwarming reunion with his pet Chihuahua that disappeared after a car crash on New Year's Eve was captured on video Saturday after days of searching, investigators said.

Max, the 6-year-old Chihuahua, vanished on Dec. 31 around 11 a.m. after its owner’s car crashed on Florida State Road 11 in Bunnell, located about 23 miles north of Daytona Beach, the Flagler County Sheriff’s Office wrote on Facebook.

Detectives returned to the scene daily to help search for Max, the sheriff’s office reported.

They left behind food in the hopes it might attract the dog and keep him fed until his rescue. The detectives also kept debris from the crash at the scene in case Max returned to the site. 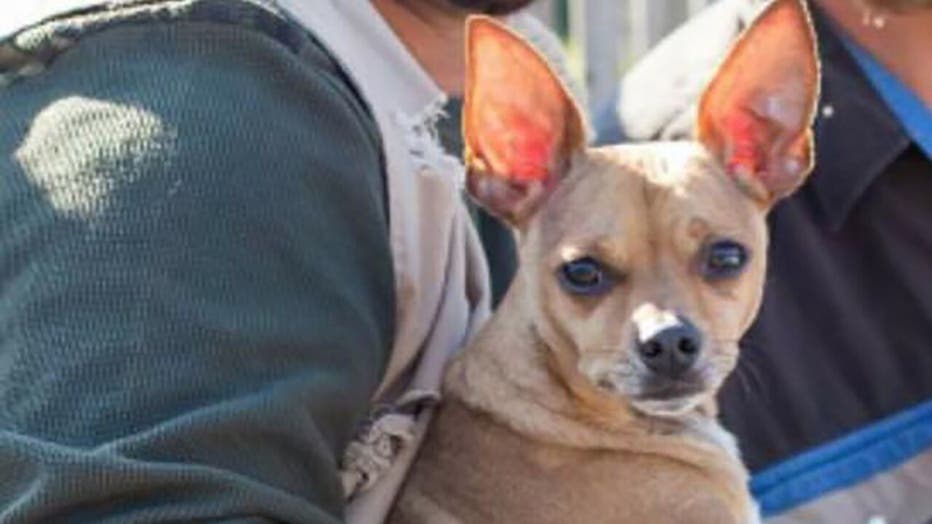 Detectives returned to the crash site daily in the hopes of finding Max after he vanished on New Year's Eve. (Flagler County Sheriff's Office)

When detectives and Max’s owner returned Saturday for the fourth day of the search, they said Max appeared from the wooded area near the road.

In video shared by the sheriff’s office, Max could be seen running out of the dense foliage and into the arms of his unnamed owner.

“You smell terrible,” the overjoyed owner said to Max as the dog licked his face.

Sheriff Rick Staly thanked his “outstanding” team for its effort and care in searching for the missing dog.

Social media users also thanked all the officers involved for their dedication, with one user writing that they “deserve an attaboy.”

Another user wrote: “Thank you all for caring. Definitely brought tears to my eyes.”