What the numbers tell us about Florida's coronavirus spike

New cases are shooting up, partly because Florida is doing more testing. But the numbers also indicate there is an increase in transmissions.

TAMPA, Fla. - Researchers in Florida are tracking a mutation in the COVID-19 virus that makes it better at infecting human cells.

The changes in the virus are within the spike proteins, which are what allows the virus to bind and infect human cells. The mutation, called D614G, stabilizes the spike protein, making it less likely to fall apart. That's why it's more infectious.

She says while it doesn't prove the virus is able to spread more easily, it does imply it. 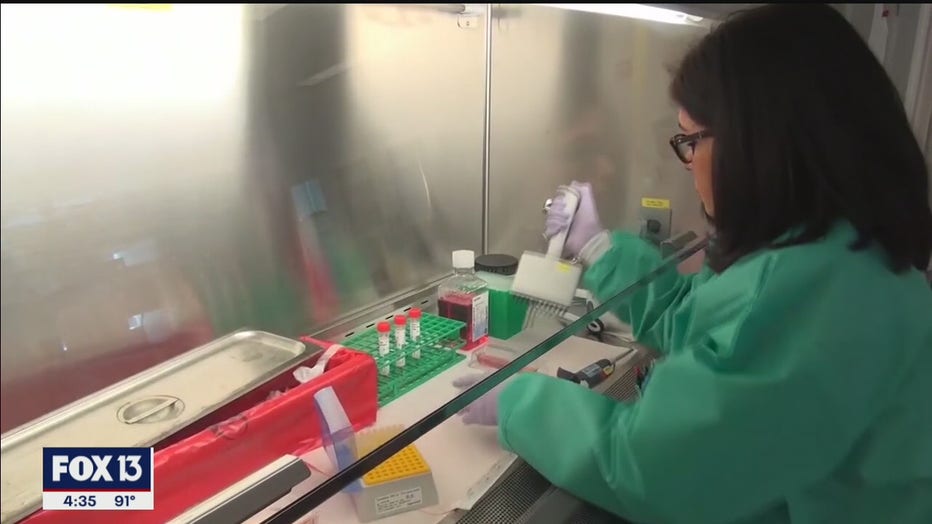 The researchers also wanted to clear up some confusion being reported elsewhere. Because the mutated viruses have stronger spike proteins, and fewer fall off, more spikes are available to bind with cells.

Mutations like this help the novel coronavirus ensure its survival. Simply put, the scientists believe the virus is evolving and better adapting to humans.

There is no evidence that this mutation has any effect on the severity of the disease.  But because this mutation is so common in the U.S., Dr. Michael Farzan of Scripps says he doesn't think it will impact us much more than it already has.

RELATED: Some states hit pause, others press on amid spike in coronavirus

This mutated virus is also predominant in Europe, including Italy. But that wasn't the case in China with their initial outbreak.

Beijing is now reporting new cases of the virus. Today at a WHO press briefing, they said they are waiting to see the new genome sequences from that  outbreak indicate that they, too, now have the mutation.