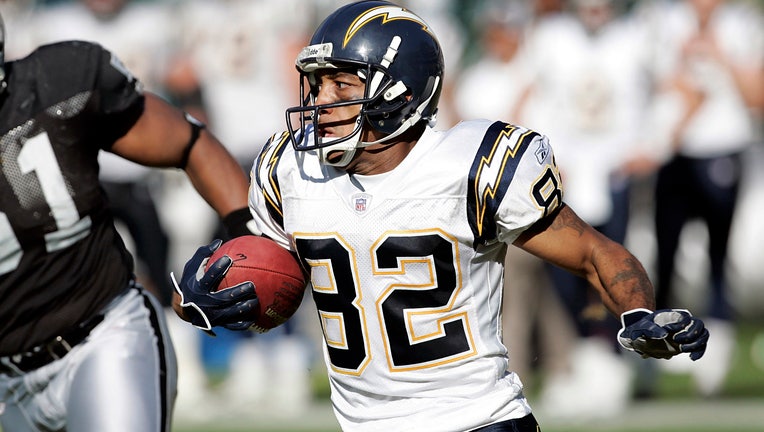 Chargers receiver Reche Caldwell makes a turn up field during the 4th quarter as the San Diego Chargers defeated the Oakland Raiders by a score of 27 to 14 at McAfee Coliseum, Oakland, California, October 16, 2005. (Photo by Robert B. Stanton/NFLPhot

TAMPA, Fla. - One person is dead following a shooting in Tampa Saturday night, according to the Tampa Police Department.

Tampa police would not confirm the identity of the man who died, but TMZ is reporting that it was Reche Caldwell, a former NFL wide-receiver and Florida Gator.

Police said they were called to the 3600 block of E. Hanna Ave. for a report of a shooting shortly before 11 p.m.

Upon arrival, officers said they found an adult man with a gunshot wound in the front yard of the home.

The victim was taken to a nearby hospital where he was pronounced dead.

According to TPD, this does not appear to be a random act, but it is early in the investigation and detectives are working to develop a case.

Crime Stoppers of Tampa Bay is offering a reward of up to $3,000 for information that leads to the identification and arrest of the unknown suspect(s) involved in this homicide. Anyone with any information regarding the identity of the suspect(s) and who wants to be eligible for a cash reward is asked to call Crime Stoppers at 1-800-873-8477.

Caldwell was a 2nd round pick in the 2002 NFL Draft after a stellar career at the University of Florida.

He played 6 years in the NFL for the Chargers, Patriots and Redskins -- and was a part of the New England team that lost to the Colts in the 2006 AFC Championship.