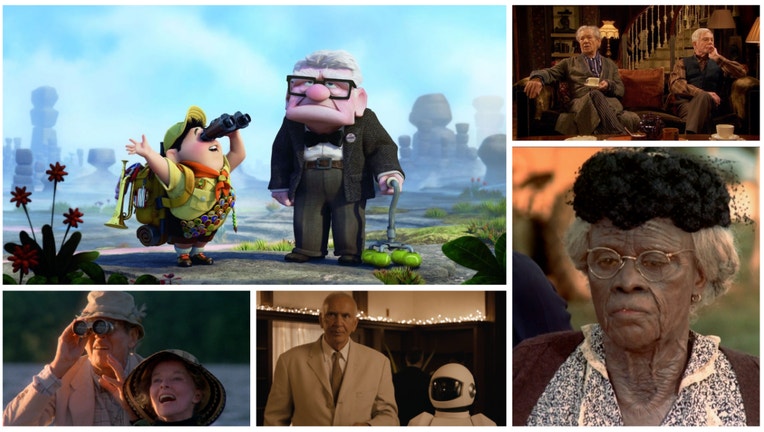 There’s no denying that the young casts of shows like "Euphoria," "Never Have I Ever," "Sex Lives Of College Girls" and "Heartstoppers" have brought a youthful vigor to our television sets over the last few years.

Sometimes, though, you just want to see old souls and pensioners encountering adventures and tackling the world at their own, leisurely pace. National Senior Citizens day falls on Aug. 21 every year, but our appreciation for the most grown of our grown-ups never wanes. Revel in these subtle, smart stories — and call your grandma, she’d love to hear more from you.

Up (streaming on Disney+)

It should go without saying that the first 10 minutes of "Up" make for arguably the finest opening scene in movie history. But that doesn’t mean that you should overlook the rest of the film, as Carl Fredericksen (voiced by Ed Asner) fulfills his lifelong dream to travel to South America by tying thousands of balloons to his house and floating away. On his journey, Fredericksen is reminded of what really matters in life, proving that, no matter how old you are, there are always lessons to be learned. 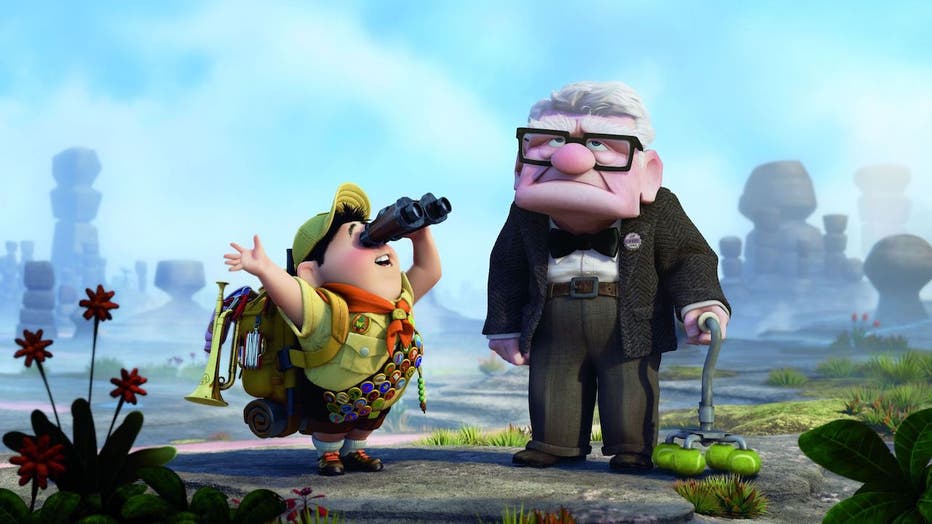 "UP" (L-R) Russell and Carl Fredricksen ©Disney/Pixar. All Rights Reserved.

One of Harry Dean Stanton’s final (and best) performances anchors "Lucky," the story of the 90-year-old eponymous character, who, after outliving all of his friends, searches for the meaning of life. A patient, slow-burn of a movie, "Lucky" raises thought-provoking questions and themes that will linger after the credits roll — courtesy of a performance you’re unlikely to forget.

"Lucky" is streaming free on Tubi — get the app

The Straight Story (streaming on Disney+)

David Lynch’s most straightforward film is one of his very best, too. After learning that his estranged brother has had a stroke, Alvin Strange (Richard Farnsworth) vows to go see him and make amends. But due to his poor eyesight and legs, he can’t renew his driver’s license. Instead, he journeys across Iowa and Wisconsin on an unlikely ride: a lawn mower. Heartfelt and inspiring (and based on actual events), "The Straight Story" makes the impossible seem possible.

Just the origin story for "On Golden Pond" is enough to bring a tear to the eye: Jane Fonda bought the rights to Ernest Thompson’s 1979 play for her father, Henry Fonda, because the contentious relationship between an older parent and adult child captured in the story mirrored their own. It was the esteemed actor’s final film role, and he went on to win the Best Actor Academy Award for his performance, as co-star Katharine Hepburn did for hers (his first, her fourth). "On Golden Pond" also picked up a statuette for Best Adapted Screenplay, as well as an additional seven nominations, among them Best Picture, Best Director and Best Supporting Actress (Fonda). But don’t see it for the backstory, nor the accolades. The film’s depiction of an elderly couple in love in the twilight of their lives is reason enough to see "On Golden Pond." Have a handkerchief at the ready — it’s a film that’s made people weep for decades. 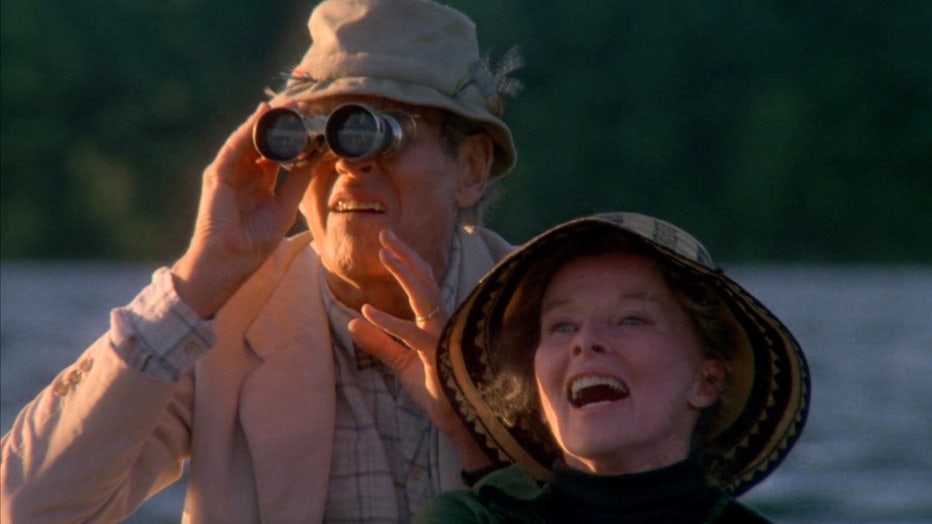 "On Golden Pond" is streaming free on Tubi — get the app

Frank Langella’s supreme acting talents have too often gone overlooked during his long and prestigious career. "Robot & Frank" might be the clearest example of the power and heart that he brings to the screen. Langella plays Frank, a former jewel thief suffering from dementia, who is given a robot that takes care of him. After some teething problems, Frank quickly becomes enamored with it when he realizes that he can make the robot commit crimes. Funny as well as captivating, "Robot & Frank" also has some pretty profound things to say about aging.

"Robot & Frank" is streaming free on Tubi — get the app

One Foot in the Grave (streaming on Roku)

Victor Meldrew’s curmudgeonly exploits became so popular in England during the 1990s that half of the country started to shout, "I don’t believe it," when they were taken aback by something. "One Foot in the Grave" has much more going for it than a catchphrase, though, especially thanks to Richard Wilson’s iconic performance as the perennially grumpy Meldrew, who gives Larry David’s misanthropy a run for its money.

The pairing of acting legends Derek Jacobi and Ian McKellen should be enough to make any television, theater and film fan take notice. Across 14 episodes of "Vicious," the pair play Freddie and Stuart, a couple who have lived together in Covent Garden for 49 years. While they’re very much in love, they can’t help but antagonize and annoy each other. Sure, not every joke lands, but Jacobi and McKellen’s presence makes sure that "Vicious" is always enjoyable.

"Vicious" is streaming free on Tubi — get the app

The Autobiography of Miss Jane Pittman (streaming free on Tubi)

Based on Ernest J. Gaines’ 1971 novel of the same name, "The Autobiography Of Miss Jane Pittman" tells the life story of a 110-year-old ex-slave. Featuring a towering leading performance from Cicely Tyson, the TV movie won nine Emmy awards after it initially aired. They included a Best Actress prize for Tyson, who plays Pittman from ages 23 to 110. "The Autobiography of Miss Jane Pittman" is still regarded as one of the most important TV movies ever made.

About the writer: Raised in Northern England but now based in the USA, Gregory Wakeman has written for the BBC, New York Times, The Guardian, GQ and Yahoo Movies UK, all while defiantly trying to keep his accent.