Updates on search for missing girl in Tonto Creek

PHOENIX - Authorities confirm two children were found dead and one is still missing after a vehicle was washed down Tonto Creek.

According to officials with the Gila County Sheriff's Office, the incident began at around 4:00 p.m., when the vehicle got stuck after trying to cross Tonto Creek.

Officials say one adult managed to swim to shore, while four other children and one adult who were stranded on an island in the creek were airlifted out of the area by crews with the Maricopa County Sheriff's Office.

Saturday morning GCSO said they found the vehicle but the kids were not inside. At 8:45 a.m. a 5-year-old boy was found dead, and then at 11:14 a.m., the body of a 5-year-old girl was found in the same area. Search crews continue to look for the remaining missing child.

What began as a search for three missing children after a car was washed down Tonto Creek has turned into tragedy. FOX 10's Brian Webb reports.

Family members confirmed the identities of the three children to FOX 10. Colby and Austin Rawlings, both 5, were found dead and Willa Rawlings, 6, is still missing.

FOX 10 has learned the search involved a train rescue team of 50 members who methodically searched a five-mile stretch of area. The team members searched on foot, kayak, helicopter, and with K-9s.

Officials say there were barricades and signs in the area to warn against crossing when flooded.

Gila County officials say search and rescue found a shoe and clothing item that is believed to belong to Willa Rawlings. The search will continue into Monday. 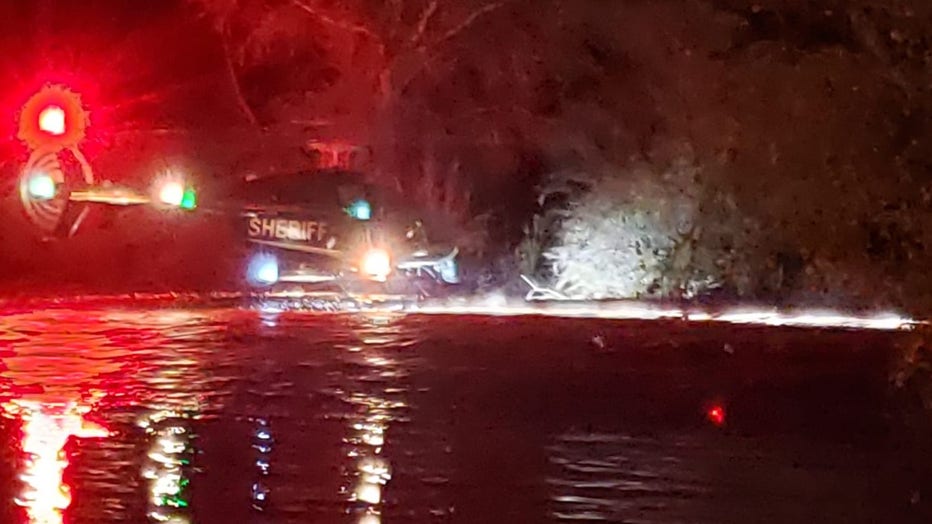