SEDONA, Ariz. - Sedona firefighters had to a rescue an 8-year-old girl after she fell 75 feet (23 meters) in Oak Creek Canyon.

The Sedona Fire Department posted on social media that the incident happened on Sunday around 12:30 p.m.

Officials say the girl had been walking along the roadway outside of the guardrail when she fell.

"There's areas there where the road is very narrow. So, the young girl was walking on the outside of the guard rail, and in some areas the slope falls away very abruptly," said Chief Jason Coil with the Sedone Fire Department, in a phone interview. "She stumbled and lost her footing, and fell 75 feet down a very steep embankment."

The embankment was so steep, the pictures were difficult to assess the terrain.

"Very steep. Almost vertical, and it was a rocky washed out area where there's a lot of round river rock that's embedded in the slope," said Chief Coil.

Emergency responders were able to get to her and treat her injuries before she was lifted back to street level using rope. 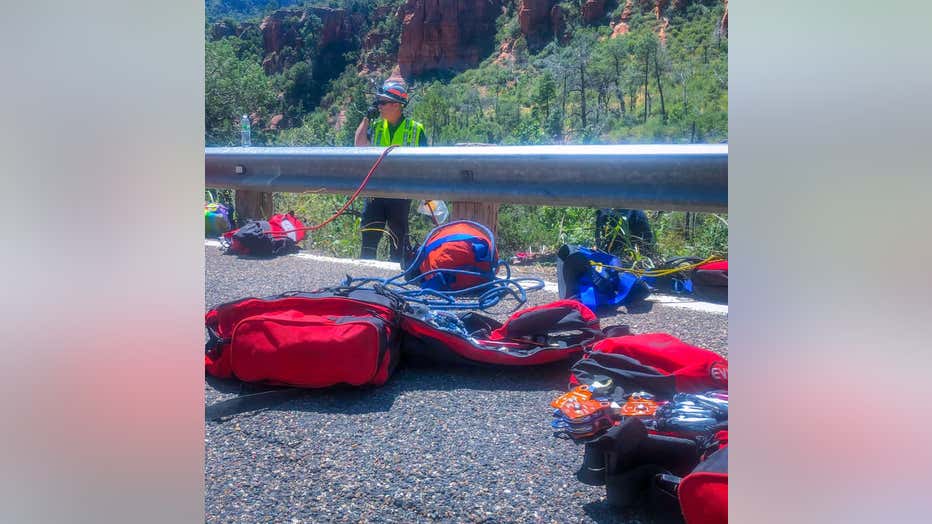 She was put on an ambulance but later flown out of Slide Rock State Park to Flagstaff Medical Center. 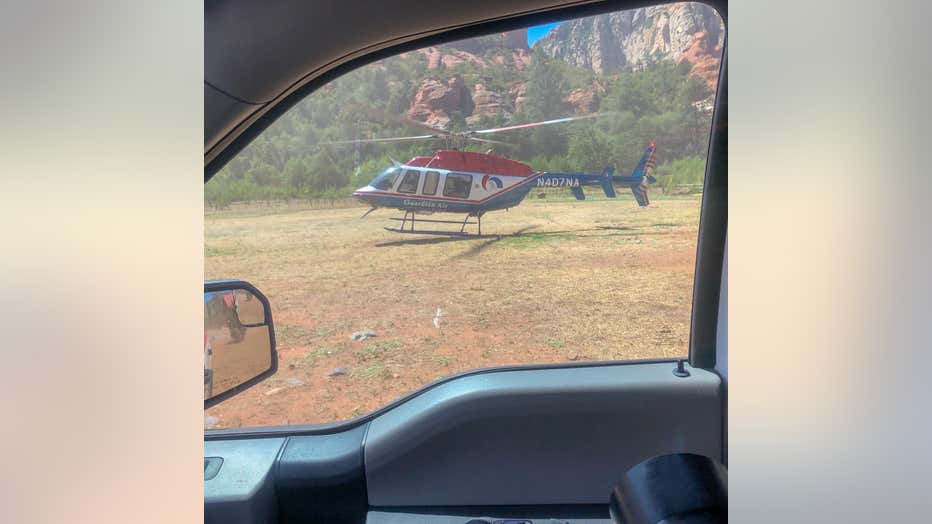 Her current condition was not immediately available Monday. The rescue operation temporarily closed Highway 89A.

"When you look at the terrain and how narrow that area was, you have the choice of either walking on the road with guard rail, cliff on the other, or walking off the side of the road where one misstep and you're going to fall that far. One of two things was going to happen," said Chief Coil. 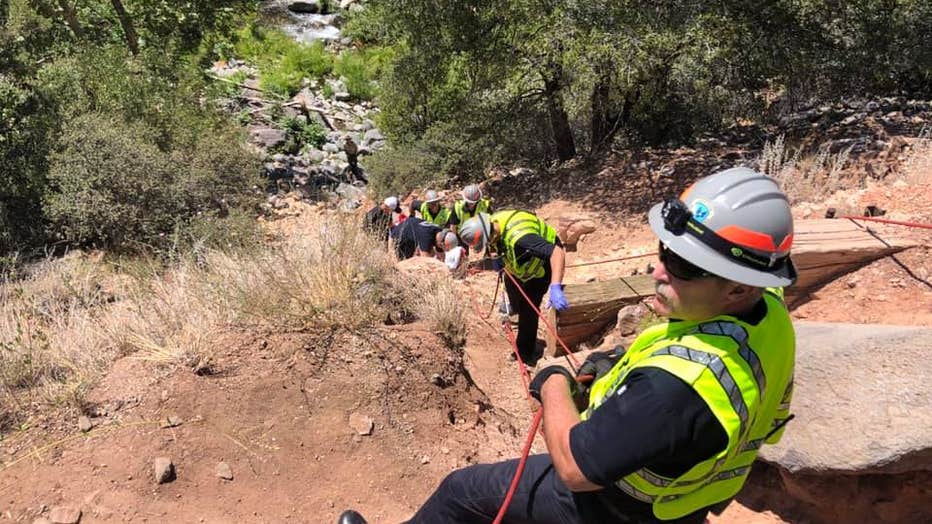