Glendale police say an officer responding to a burglary alarm fatally shot a man wielding a metal bar during an encounter in a residential area.

GLENDALE, Ariz. - Police are investigating an officer involved shooting near 59th and Orangewood avenues that happened just after 4:30 a.m. on Dec. 22.

Officer Tiffany Ngalula says when officers responded to a residential burglary alarm in the area, they found an adult male in the backyard. He attempted to flee the scene on foot and an officer confronted him in the street.

"The suspect had a metal bar, about two to three feet in length, in his hand and came towards the officer. The officer fired his duty weapon, striking the adult male," stated Ngalula.

Officer Tiffany Ngalula provides an update on the officer-involved shooting near 59th Ave. and Orangewood.

Officers attempted livesaving efforts, but the suspect died at the scene.

Ngalula says the officer, who has been with the department for over two years, was not injured. He was placed on administrative leave.

Tune in to FOX 10 Newscasts for live updates:

Troy Barrett reports from SkyFOX over the scene in Glendale. 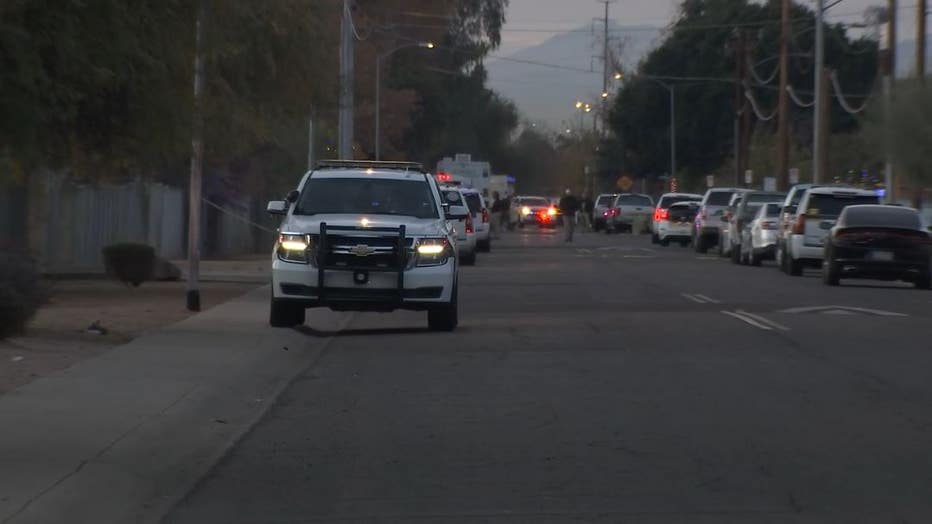 Officer-involved shooting investigation scene near 59th Ave. and Orangewood in Glendale on Dec. 22, 2020.

An investigation is underway following an officer involved shooting near 59th Ave. and Orangewood.