GLENDALE, Ariz. - Police say a woman is dead and a pregnant woman has been hospitalized following a two-car crash in Glendale near Missouri and Grand Avenues on Tuesday morning.

The driver of the passenger car was pronounced deceased at the scene. She was later identified as 52-year-old  Karen Render, a Surprise resident.

The driver of the minivan, a pregnant 28-year-old female, was transported to an area hospital for treatment. Police say upon her arrival at the hospital, a healthy baby girl was delivered, and she is still in the hospital recovering from serious injuries. The woman's name was not released.

"Detectives were able to determine that neither speed nor impairment were considered factors of the collision. The driver of the minivan struck a full-size tire mounted on a rim, that was an obstruction in the roadway. That collision caused her to lose control of the vehicle, crossing over the raised median, into oncoming traffic colliding with the passenger car in a head-on manner," stated Ngalula. 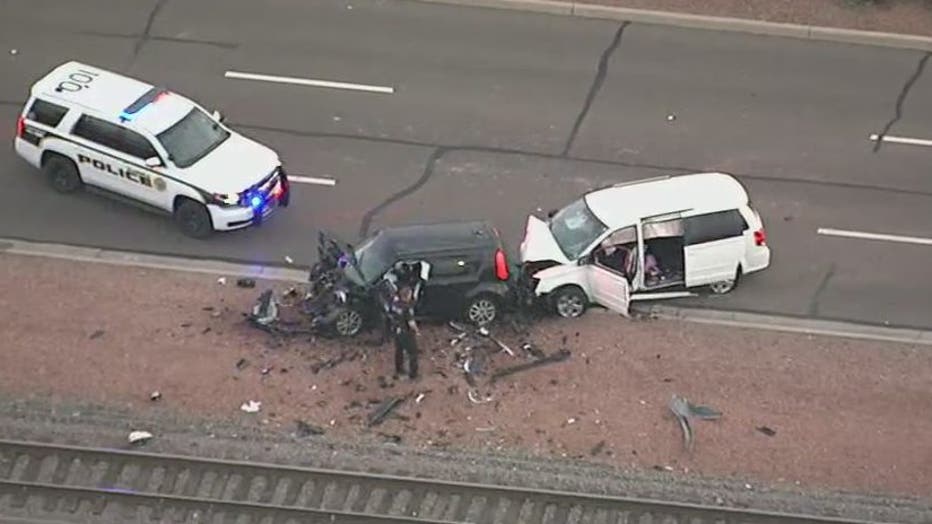