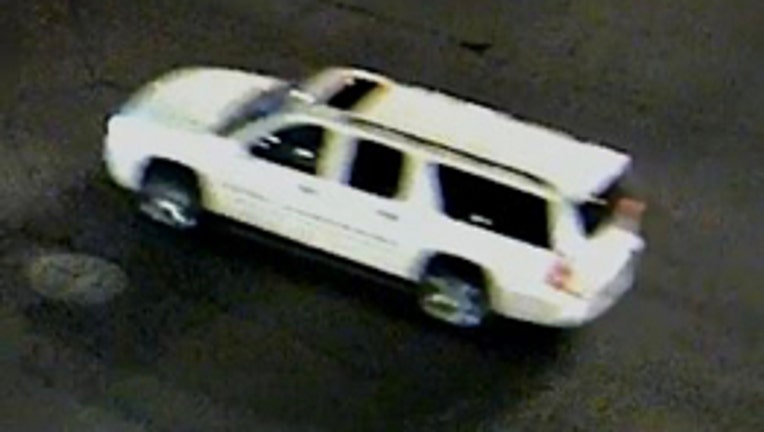 GLENDALE, Ariz. - Officials with Glendale Police Department are asking for the public's help in identifying the suspect from a hit-and-run crash.

The crash, according to a statement released Monday afternoon, happened on June 7 in the area of 67th Avenue and Peoria. Two adults were walking east across 67th Avenue when a vehicle, while turning north of 67th Avenue from Peoria, entered the curb lane and struck the two pedestrians.

Both victims, police officials say, suffered serious injuries, and were taken to the hospital.

The suspect, according to officials, was driving a 2007 to 2014 Chevrolet Suburban with chrome wheels, sunroof had chrome mirrors. The car may be missing the right-side mirror, and may have some minor damage to the front right bumper area.

Anyone with information should call Glendale Police.