Maxwell Davis, who was suspected of robbing a convenience store near 51st Avenue and Bethany Home Road on Sunday, has died after being shot by a police officer.

PHOENIX - Glendale police are investigating after a man was hospitalized with life-threatening injuries during an officer-involved shooting near 49th Avenue and Bethany Home Road early Sunday morning.

The incident began after officers visited a nearby gas station for reports of an armed robbery near 51st Avenue and Bethany Home. The suspect had reportedly stole some items from the gas station after telling the clerk he had a gun, and had threatened to shoot the employee along with everyone else inside as he was leaving.

Officials say they found the suspect, identified as 28-year-old Maxwell Davis, near 49th Avenue. Davis reportedly told police he was going to shoot them and ran into a mobile home park.

A police officer found him hiding between two cars and, after threatening to shoot the officer, Davis made "a move toward his waistband," police said in a statement.

"Maxwell was seen with an object in his hand and that’s when the officer drew his duty weapon and fired at Maxwell striking him," a statement on May 10 read.

Davis suffered critical injuries. He was taken to the hospital and later died.

Detectives say a dark green sharp object was found where the suspect was shot, but did not say that Davis had a gun.

The officer involved has been placed on administrative leave, and the investigation is ongoing. 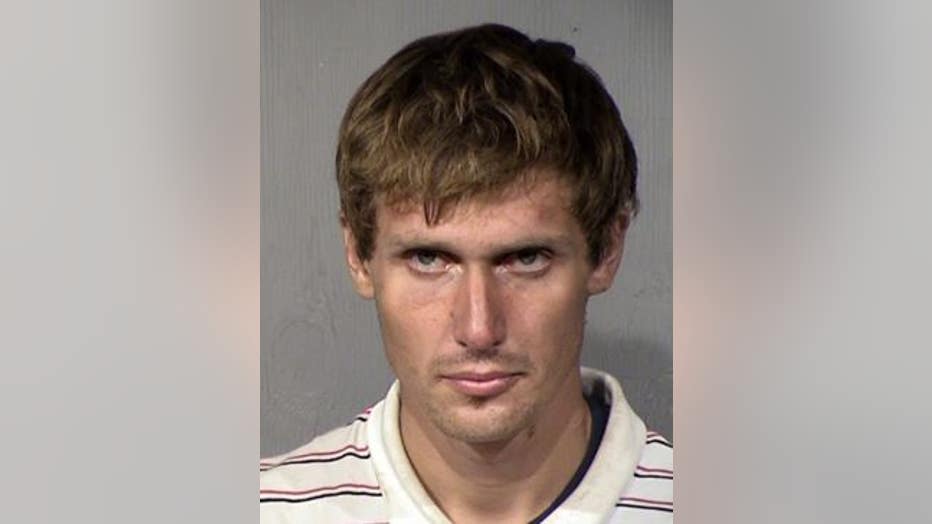 Bethany Home Road is shut down from Grand Avenue to 47th Avenue for the investigation.