GOODYEAR, Ariz. - Police say a 16-year-old boy was arrested for the attempted robbery of several banks in the Valley.

The suspect, who is not being identified because he is a minor, allegedly demanded money from a teller at the First Convenient Bank located near Interstate 10 and Estrella Parkway in Goodyear on July 27 just after 11:30 a.m.

The suspect allegedly told the teller he had a gun and said no one would get hurt as long as the teller did what he said. When police arrived at the scene, the suspect had already left the bank on foot and was seen getting into a yellow taxi cab.

Approximately 20 minutes later, police responded to the Desert Financial Credit Union located near Dysart and McDowell Roads for reports of a suspicious person. The person matched the description of the suspect from the attempted robbery at First Convenient Bank and left after he was asked by employees to remove his mask. 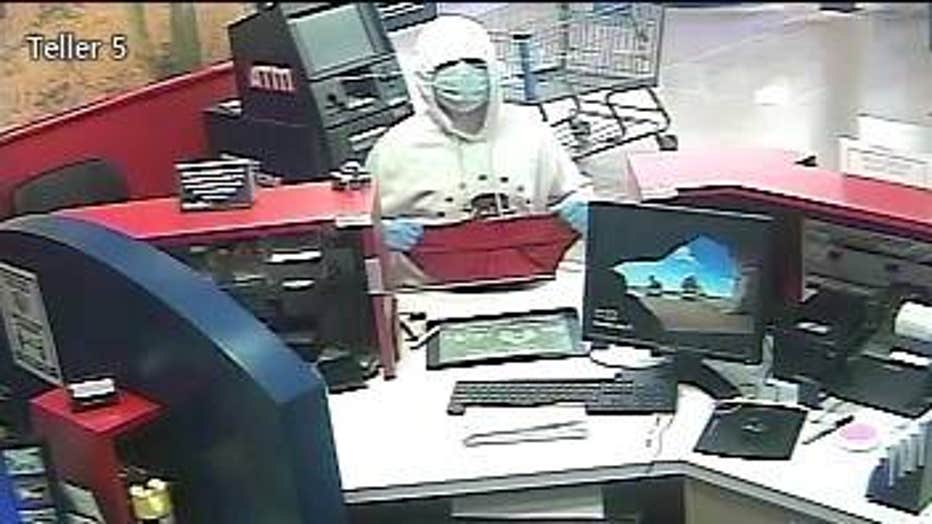 He was seen leaving the credit union in a yellow taxi cab. Police then contacted the taxi company more further information.

On July 28, police responded to a Wells Fargo Bank located near Indian School and Litchfield Roads for reports of a suspicious person who was wearing the same clothes as the suspect from the previous incidents at Goodyear banks.

The suspect was again seen leaving the area in a yellow taxi cab.

Police were able to track the cab to an area near Litchfield and Bethany Home Roads in Litchfield Park and observed the suspect wearing the same clothing.

Officers took the suspect into custody and say he has two prior armed robbery convictions. Detectives also learned the suspect had attempted multiple bank robberies throughout the Valley on July 28-29.

The teen suspect was booked into a juvenile detention center and is accused of multiple charges.