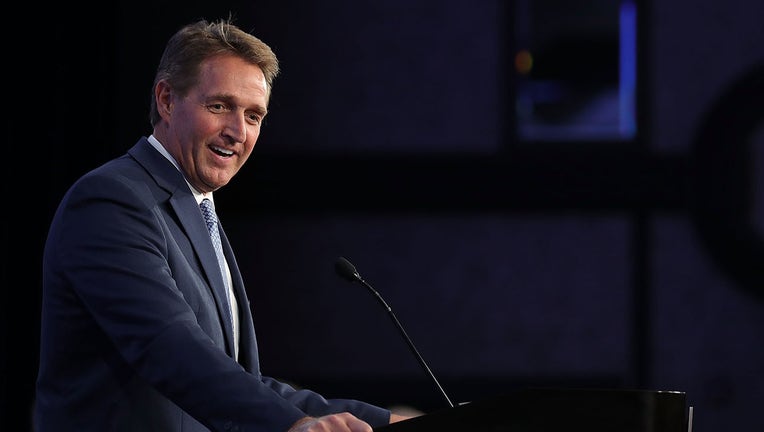 Flake, a vocal Trump critic, said Wednesday from the Senate floor that Trump has been "relentlessly slandering" Sessions. He warned that Trump seems headed for "some future assault" on the justice system, perhaps by firing Sessions or special counsel Robert Mueller. He urged Senate Majority Leader Mitch McConnell to hold a vote on legislation to protect Mueller's investigation.

Trump in a recent tweet suggested that Sessions should not have brought criminal charges against two Republican congressmen. He said "two easy wins" in the election were "now in doubt."

Flake says Congress has "the responsibility to curb such reckless behavior" from Trump and appealed to lawmakers to speak out.