They say he’s responsible for breaking into several homes in the South Lake Tahoe area.

South Lake Tahoe Police said the latest incident with Hank happened Friday morning when he broke into a home on Catalina Drive in the Tahoe Keys area. Officers banged on the exterior of the home until Hank moved outside through the back door.

"This bear did not break into a garage where trash was kept that he was sniffing out," authorities posted on their Facebook page. "He broke into a secured home, through the small window in the photo, and somehow squeezed inside." 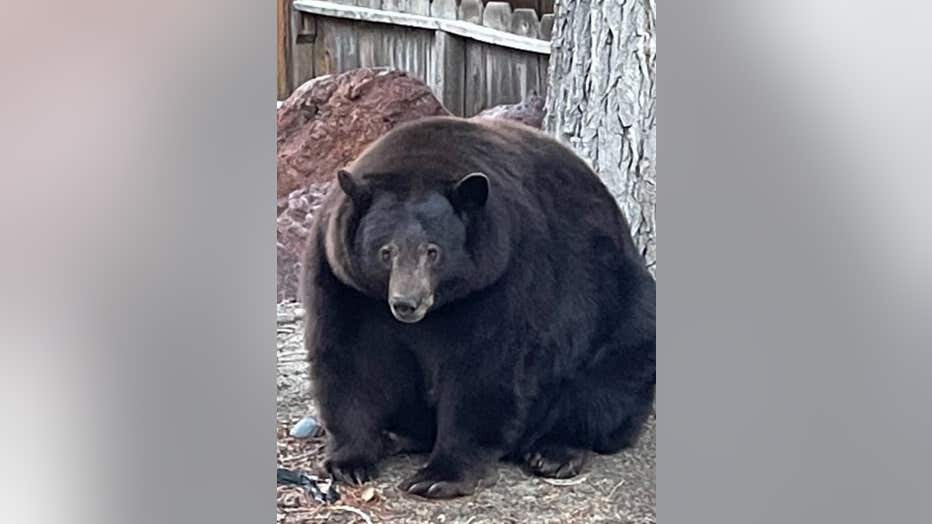 According to the New York Times, Hank has been responsible for breaking in more than two dozen homes since the summer while looking for food, leaving a trail of damage behind.

Police said they had used various techniques to keep Hank out of residential communities including loud sirens and dry-firing their tasers to make a clicking noise that bears hate.

Ben and Naomi Pascal talk with FOX Television Stations about being reunited with a teddy bear they had lost last year at Glacier National Park.

But some of their efforts are at odds with the BEAR League, a local nonprofit organization. The league is concerned that wildlife officials might kill Hank instead of sending him to an accredited sanctuary. The league also expressed concerns for other people’s safety.

"Because he thinks people are his friends...it could turn into a dangerous situation," Ann Bryant, the director of the BEAR League, told FOX Television Stations. "Someone might get hurt."

Bryant said Hank is only looking for food and apparently has been successful given his weight gain.

"He hasn’t missed any meals," she added. "We are very concerned with Hank’s size and his comfort level of going into people’s houses."

Bryant believes Hank grew up in the area and said simply relocating him won’t accomplish anything because Hank would just make his way back to the South Lake Tahoe area.

Bryant said there are other black bears responsible for break-ins in the area, but they are now hibernating. She said Hank remains awake because he has been able to find food.

"So now, he IS the one now doing this," she continued.

The U.S. National Park Service has put out tips concerning safety around bears. They said while attacks are rare, people should keep their distance away from the animal. They also advise people to stay calm, try to make yourself appear larger than the bear (such as moving to higher ground) and not leave food out.