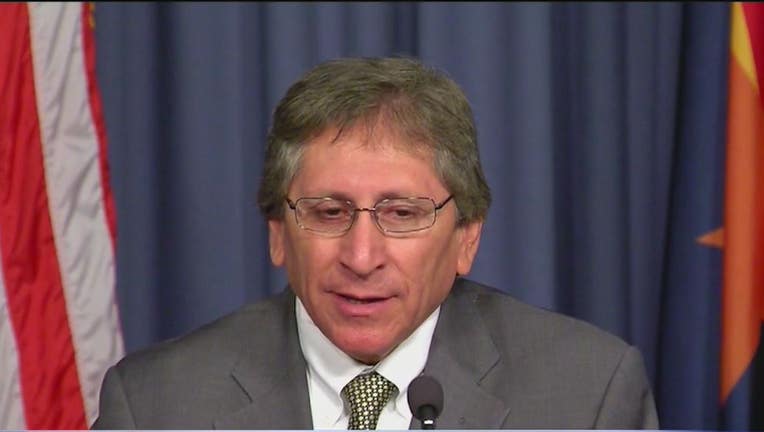 PHOENIX - The Arizona Supreme Court has reinstated sexual harassment allegations in an ethics case against a former prosecutor best known for winning a conviction in the Jodi Arias murder case.

The ruling on July 13 reversed an earlier decision by a disciplinary judge who threw out claims that then-prosecutor Juan Martinez made sexually inappropriate comments to female law clerks at the Maricopa County Attorney’s Office.

Unlike the disciplinary judge, the state Supreme Court justices concluded the unprofessional conduct that lawyers are prohibited from engaging in includes sexual harassment of staff or subordinates.

“Our decision here is consistent with our prior cases stating that sexual harassment by lawyers in other professional contexts is unethical,” the justices wrote.

In the ethics case, Martinez is accused of leaking the identity of a juror in the Arias case to a blogger with whom he was having a sexual relationship and lying to investigators about it. He also is accused of frequently staring at a court reporter during the Arias trial and making comments about her appearance that made her feel uncomfortable.

A former prosecutor best known for winning a murder conviction against Jodi Arias in the gruesome killing of her former boyfriend was reprimanded Thursday by the Arizona Supreme Court for violating an ethical rule at three other death penalty trials.

Donald Wilson, an attorney representing Martinez, didn’t immediately return a phone call and email seeking comment. In court records, Wilson has said much of what his client is accused of in the harassment allegations was making people feel uncomfortable or that the claims were based on an accuser’s subjective opinion, not on overt actions.

Two years ago, Martinez was reprimanded by then-Maricopa County Attorney Bill Montgomery’s office for inappropriate and unprofessional conduct toward female law clerks. Montgomery now serves on the state Supreme Court and recused himself from considering the ethics case.

If a three-person panel of the Arizona disciplinary court finds that Martinez violated the rules of conduct for attorneys, he could face a wide range of punishments, including a reprimand, suspension or disbarment.

Martinez was fired earlier this year after 32 years as a prosecutor and is appealing his termination.

Earlier this year, Martinez was reprimanded by the state Supreme Court for violating an ethical rule at three other death penalty trials. The court had concluded that Martinez’s efforts to elicit sympathy for victims and fear of defendants, and his failure to follow court rulings had jeopardized the integrity of the legal system.