Dog recovering after having zip-tie around neck

The dog, 3-year-old Bugsy, is now recovering in a local shelter, but the Hernando County Sheriff's Office wants to find who's responsible.

Meanwhile, Bugsy could not be more friendly, despite the trauma he’s been through. Back on January 8, animal services found him with a large white zip tie tightly fastened around his neck.

"This is probably the worst thing I've seen. The dog's head was twice the size that it normally should have been," Hernando County Animal Services Officer Keith Berger said. 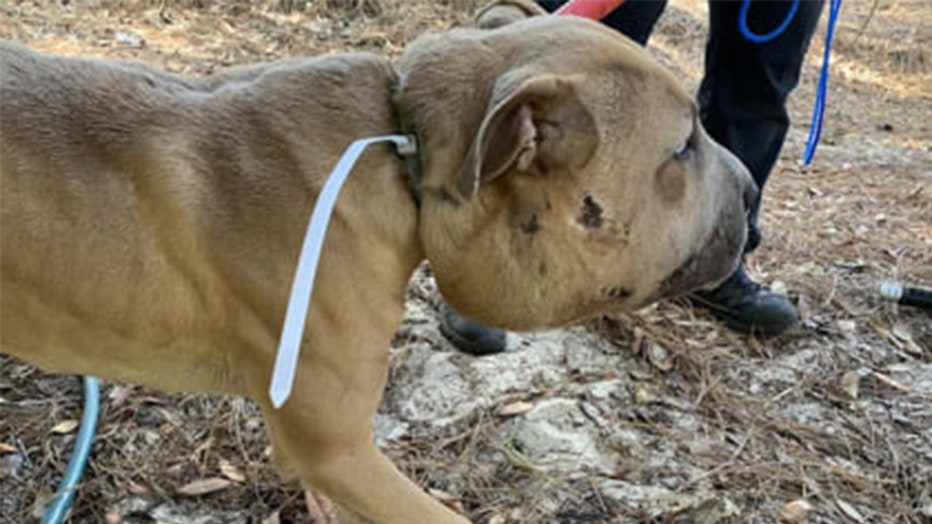 The veterinarian who treated Bugsy believes the zip-tie caused intense swelling. A painful indentation was left behind after the zip-tie was removed.

The swelling subsided after a few days and Bugsy, who was initially skittish and scared, has now become much more calm and friendly.

"They brought him in and he was very kind and gentle when we were doing our veterinarian care with him and his prognosis is very good. He seems to be healing right on track," shelter coordinator Missy Ritter said.

When Angie Lorio and Shannon Medina found out Polk County Animal Control does not put pit bulls up for adoption, they founded the Polk County Bully Project, which has helped more than 1,000 'bully breed' dogs find forever homes.

Residents first spotted him with the zip-tie around his neck on January 6, wandering the area near the 16000 block of Blair Avenue in Hernando County. It took animals services two days of searching before finding him under a camper. 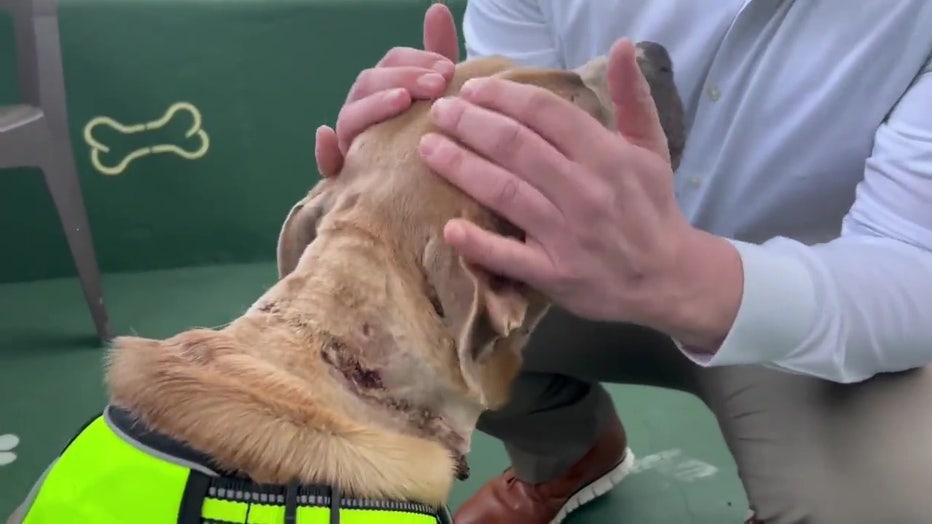 Bugsy still has injuries on his neck after being zip-tied

"We're always a little nervous because when they're in that much pain you're not sure how the dog is going to react, but we were able to get the dog without any fighting and loading it on the truck without anything. It seems like a very friendly dog," Berger said.

As Bugsy continues to recover, the search is on to find who's responsible. Animal services is asking anyone with information to call the Hernando County Sheriff's Office at 352-754-6830.

One of the families in the area who found Bugsy is now working on adopting him. The shelter says he still needs to gain about 15 pounds, but is progressing well.