How to see the ‘Christmas Star’ in Arizona on the night of Dec. 21

Jupiter and Saturn&nbsp;are almost aligned on Dec. 21 and some are calling the rarity a "Christmas Star." It's been nearly 800 years since the conjunction happened.

PHOENIX - It's something that hasn't happened in nearly eight-hundred years — Jupiter and Saturn are almost aligned and will get so close the night of Monday, Dec. 21, they'll almost look like one planet.

The rarity is called the "Christmas Star" because some astronomers think it's what led the three kings to Bethlehem.

According to Kevin Schindler with Lowell Observatory in Flagstaff, it's basically the geometry of the planets. He says Jupiter and Saturn will form what looks like a double planet. 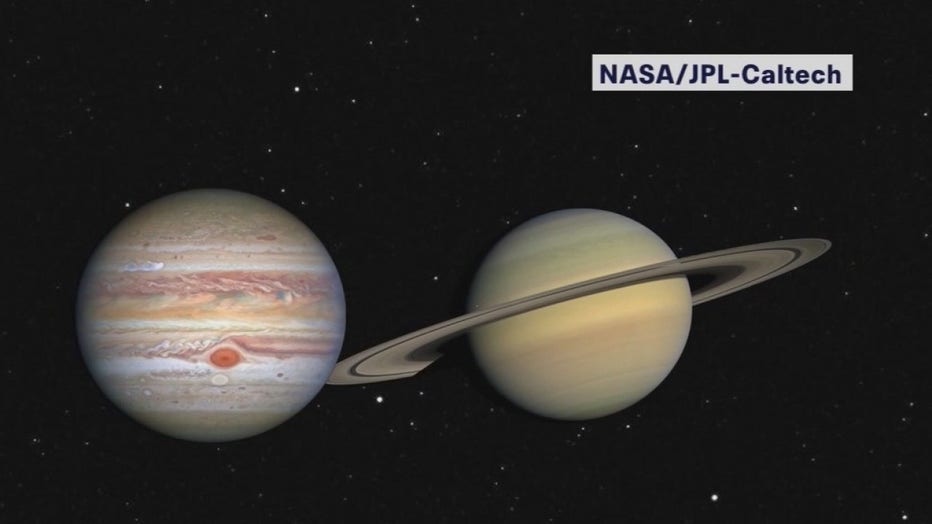 "They’re not going to hit. We’re just looking at them two-dimensionally and they look like they’re right next to each other," Schindler explained.

Although many have been calling it the "Christmas Star," it's actually a great conjunction.

"It turns out there was a great conjunction around the time we believe Jesus was born because the time isn’t exactly known, but there was one in 7 B.C., one in 5 B.C. A couple of different ones that scholars have looked at and thought maybe that is what we think of as the star of Bethlehem, so this year as we have a great conjunction a few days before Christmas time. It’s a good reminder of that star of Bethlehem and what it might have been," Schindler said.

For the next few days, the planets will start getting further apart, being easily seen without a telescope or binoculars.

To get the best view, you'll want to go somewhere not obstructed by buildings and look toward the southwest sky. You can even try to snap a photo of the rare occurrence just by using your smartphone, but don’t use the flash.

The Lowell Observatory will be live streaming the entire event and it can be found here.