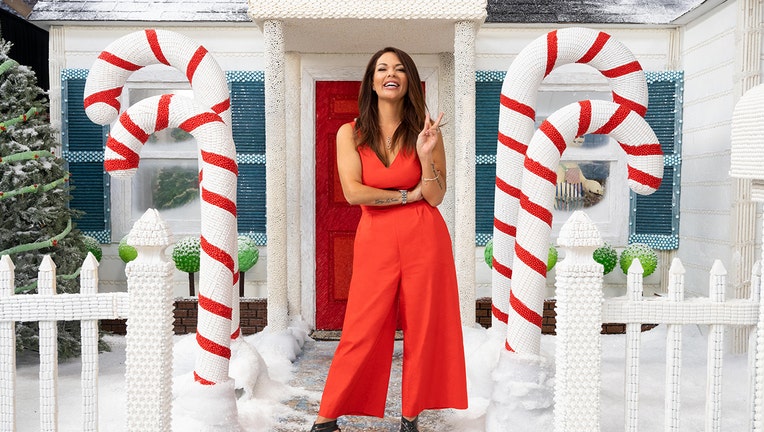 The reality series, set to premiere Dec. 1, centers on a group of candy artists and enthusiasts who create just about anything out of tasty confections.

The team is led by Jackie Sorkin — a professional candy artist, who is famously known as the Candy Queen.

"I loved candy since I was a kid," Sorkin told FOX Television Stations. "It was just always my love, my obsession, the thing my parents kept trying to take away from me, and I think they did it so much that I like made a life out of it."

Sorkin said the process can be stressful because the team is so passionate about "making things come to life with candy" and says, at this point, they can "create anything" out of it.

"I just think that what people are going to see is just good vibes only, some craziness, a ton of candy, some incredible creativity, so much imagination, and I just hope that people love to believe in magic again because I always have," Sorkin continued.

During the series, watch the team design, glue, melt and shape hundreds of thousands of sweet pieces to build a fantasy come to life — and just in time for the holiday season.

"What I believe is that we created a show for everyone to enjoy during the holidays, sit on the couch [with] friends, families, neighbors, grandma, anyone and kind of just get lost in the holiday season," Sorkin continued.

With more than 14 years of creating her business, Sorkin calls making stuff with candy her "truest, highest calling" and revealed the ultimate goal would be to open a candy theme park one day. She challenges others to "dream big" as well.

The Cat and the Hat knows a lot about Christmas (2012): "Twas the day before Christmas and all through the yard, the Cat in the Hat and his guests partied hard. When the party was over, and the guests all departed, one poor baby reindeer was left broken-hearted! Can the Cat in the Hat, Sally, Nick and the Fish help make come true little Ralph's Christmas wish? To be with his family, in far-off Freeze-Your-Knees. Will you help see him home? Come be our guests, please!" Rated G. 58 minutes. Starring Martin Short, Andrea Martin, Alexa Torrington and Jacob Ewaniuk.

A Collection of Christmas Classics (1946): "When an outlaw tries to cut ties with a gang of crooks and they threaten him with a murder rap, his sister and an undercover agent come to his rescue." Rated PG. Starring James Warren, Nan Leslie, John Laurenz and Jane Greer.