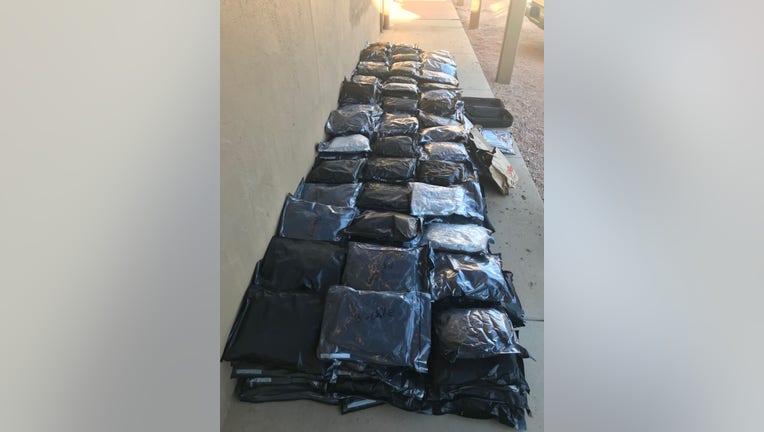 A pile of 30 vacuum-sealed packages containing 48 pounds (22 kilograms) of marijuana was found Friday outside Rimrock by Forest Service personnel who initially thought it was trash, while over 230 similar packages containing 357 pounds (162 kilograms) of marijuana were found the same day within the Sedona city limits, the Sheriff’s Office said Monday.

A regional narcotics unit will investigate the discoveries, which also included packages containing sheets of THX wax found at each location, the Sheriff’s Office said.

YCSO officials stated, "Please remember that if you come across materials like this, alert law enforcement immediately. Contraband loads may be bobby-trapped and/or may contain dangerous chemicals/additives which could be harmful to  humans. Don’t take a chance, especially if it is not clearly evident as to the content upon sight."

If you have any information about the packages or suspect(s) involved, call Yavapai Silent Witness at 1-800-932-3232. A tip that leads to an arrests in this case will be eligible for a cash reward.