Deadly pedestrian accident shuts down I-17 in New River

NEW RIVER, Ariz. - The northbound lanes of Interstate 17 were shut down at New River Road after a pedestrian was struck and killed by a box truck early Friday morning, according to the Arizona Dept. of Public Safety.

The collision happened at milepost 232. The highway was closed for about an hour for the investigation, but it has since reopened.

The pedestrian was identified as Tyler Sessler, a 23-year-old Cottonwood resident, DPS said.

No other information was released about the accident. 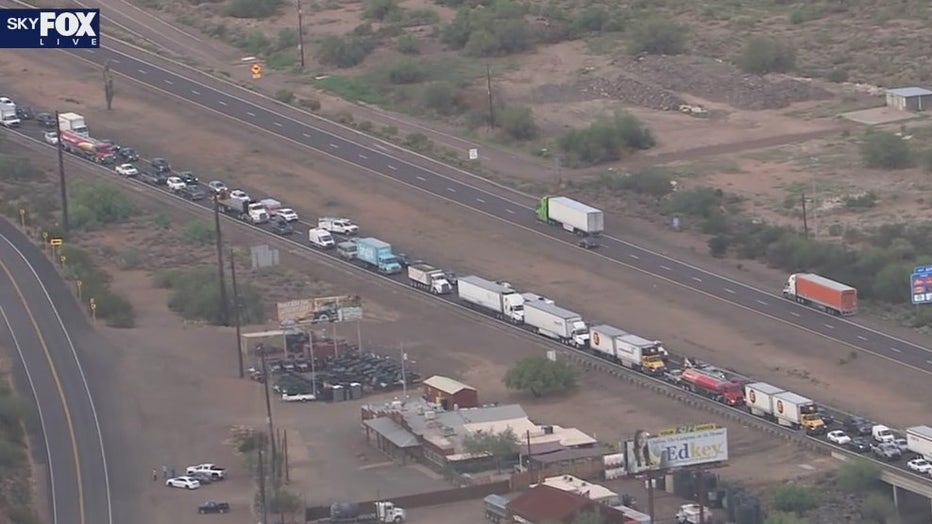 A view of the traffic backup on I-17 NB.