The shooting, which happened on the night of Aug. 25, resulted in a police response that ended with the suspect being taken to the hospital. FOX 10's Irene Snyder reports.

GLENDALE, Ariz. - Glendale police shot a suspect who reportedly killed his father in a neighborhood near 69th Avenue and Maryland on Thursday night, officials said.

The incident started after a person reportedly called 911 and said that he had been stabbed while at a family gathering.

A woman subsequently called police to report that she had tried to call her father, but her brother answered the phone and said that he had shot the dad.

Officers eventually came to the home and said the suspect, identified as 26-year-old Rafael Vargas-Olvera, was not being cooperative. Vargas-Olvera reportedly began shooting at police.

"Our officers were still trying to make contact with the individual inside the home. He was still being uncooperative. He was still firing several rounds toward our officers," said Jose Santiago with Glendale Police.

Officials said Vargas-Olvera's family tried to get him to surrender, but to no avail. Two police officers then fired shots at Vargas-Olvera, and he was taken to a hospital with critical injuries. He is expected to survive.

The body of Vargas-Olvera's father, 48-year-old Antonio Vargas-Granados, was found inside the home.

Vargas-Olvera faces a number of charges, including homicide, aggravated assault and attempted murder of a police officer. 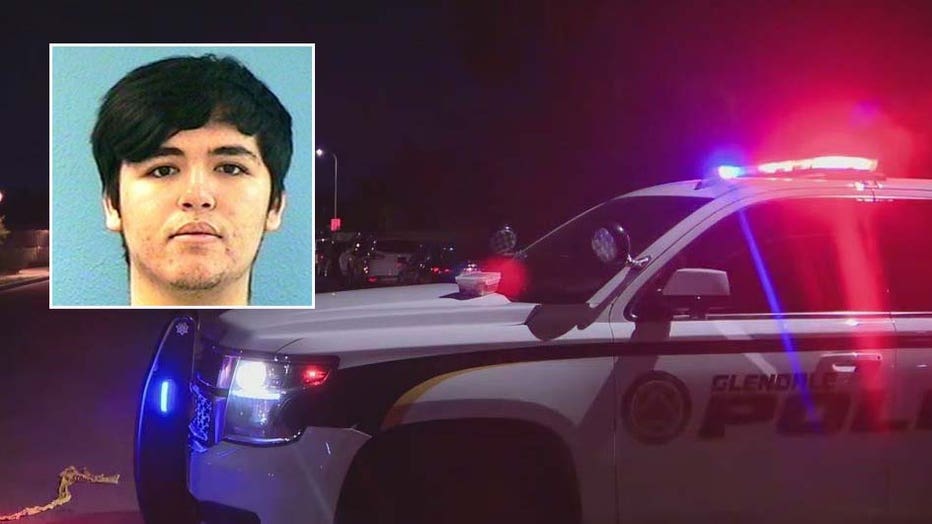 Rafael Vargas-Olvera, 26, is accused of killing his father in Glendale.