Inside an ammo-less gun range in Ahwatukee

Range Time in Ahwatukee is a gun range where you can practice shooting without live ammunition, and it's safe for families with children. FOX 10's Danielle Miller reports.

AHWATUKEE, Ariz. - New FBI data shows gun sales in the last year and a half are reaching record levels, and many of the buyers are new gun owners.

The buying frenzy is being fueled by a number of factors, and with so many more people purchasing guns, it's putting a strain on the supply of guns and ammunition.

But a gun range in Ahwatukee believes they have the answer for anyone who is new to gun ownership, and unable to find enough ammo to train with.

For Annie Moreno, a day at the range gets her heart racing. She is a first-time gun owner and wanted to make sure she knew exactly how to safely use her new firearm. That's when she turned to former U.S. Marine Sean Sante.

"When we're firing, everyone is behind the table, med kit is here if something happens.. we know where all the hospitals are and what to do," he said.

A firearms expert, Sante provides the guidance needed to make sure Annie and her son feel comfortable at the range.

"I'm excited. It shows all the training that they've done with me. It's paying off," said Annie.

But her training didn't begin here at Rio Salado Sportsman's Club in Mesa. It started at Range Time in Ahwatukee near 50th Street and Ray Road.

Range Time is an indoor range that mimics the experience you'd get at any other range, with one major exception. You're not using ammunition. It's compressed air that mimics the recoil of an actual gun and sensors on the end of the barrel let you know if you hit your target.

It's part of a virtual simulation that Sante believes can help anyone who might be intimidated by a live-fire range.

"Putting them in that environment for the first time.. they've never been around guns.. was not the best option," said Sante. "Right off the bat, as soon as you walk into that environment, it's extremely intimidating, it's extremely intense if you've never been in that before. And that got me thinking, there needs to be a solution to this that's better than what's out there." 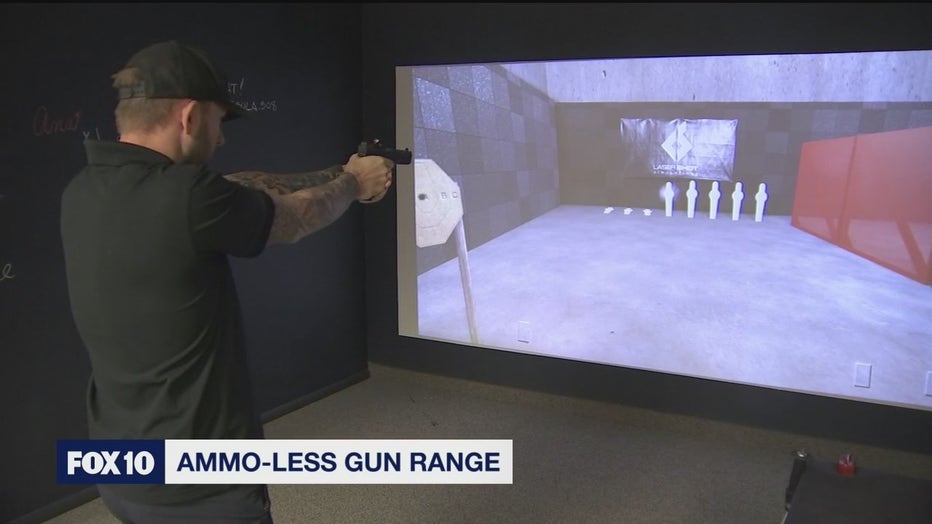 His solution involved a mix of engineering and technology. Sante and his team have modified a number of firearms that can be used in the simulator. They can also modify most of the guns purchased today, meaning you can train with your own gun before taking it out on the range.

"Most of the guns that we would promote selling to an individual.. they'll have the ability to either shoot that gun beforehand here with our system or once they purchase that firearm, then they can bring it back here and practice with that gun on our simulators," he said.

"We were able to take that practice and put it into a live scenario and it really gave us comfort because we had been training with them," said Annie.

Annie says the rising cost of ammunition has limited her ability to shoot at the range as much as she'd like, so having the opportunity to train here without the expense of ammo and the safety concerns at a live range has made the entire experience invaluable. 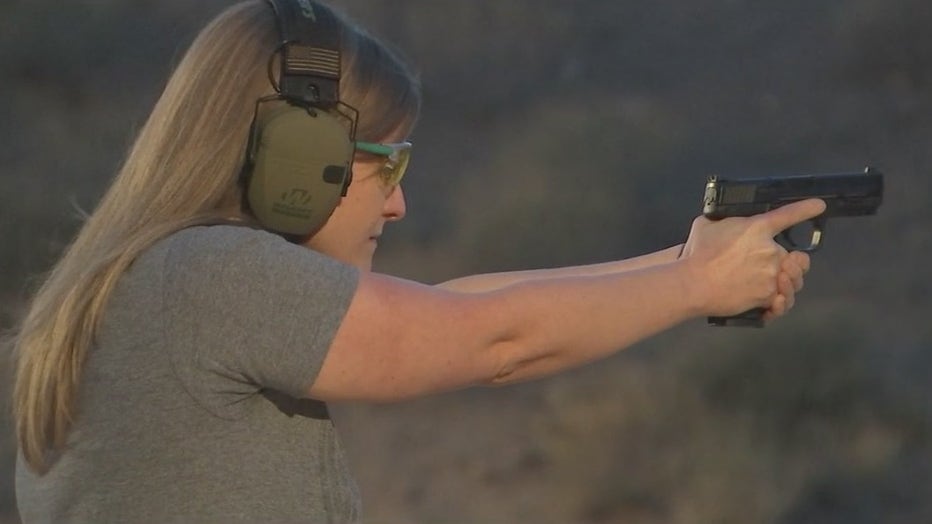 "The administrative process of loading magazines and resetting targets and doing all the things that surround going to the range.. that burns up a lot of time where as here, 99% of your time can be actually shooting," said Sante.

So whether it's taking aim at a virtual target or shooting the real thing, a gun owner like Annie is ready to face whatever is thrown in front of her.

"That's what's actually nice is the transition between there and here is not different because it's the same exact weapon."