A man went ballistic after he was told he couldn't return an injured bird at an Allen Park pet store. After being rejected, he smashed the bird with his hand and then stomped on it in front of the store employee.

ALLEN PARK, Mich. (FOX 2) - A Metro Detroit man is facing charges after he went ballistic when he brutally killed a bird in an attack that was caught on camera.

Rick Simms is the owner of Critter Pet Shop, which has been in Allen Park for more than four decades. And it was the scene of a gruesome crime last week when a parakeet was smashed to death.

Simms said a customer was trying to return the $30 bird because of an injury. His brother, Michael, was running the counter and was offering him store credit until he saw the condition of the poor parakeet.

"We saw the whole wing was bloody. So we're thinking his bird did it to it or another animal might have done something to the bird so my brother said there's nothing we can do for you with the bird, now," Simms said.

Michael said he could try and save the parakeet but would not offer the man a refund. That sent the man over the top.

"The bird was in a box, he took his fist - smashed it right on top. Threw the bird off the counter with the smashed box - it probably was already dead - threw him on the ground and stomped him two times with his feet," Simms said. "That’s pure anger to stomp a little old parakeet like that."

Police said they know who the guy is - a 22-year-old man from Dearborn - but he hasn't been charged yet. He's facing animal cruelty charges for the bird's death.

He also said there's a level of restraint from Michael as he watched it happen. The animal lover was seeing a man kill the bird in front of his eyes.

"I’m surprised this didn’t escalate into assault and battery. The restraint by the other owner was incredible. That restraint was a good thing," Thorburn said.

Simms said despite his restraint, his brother was shaken up after it happened.

"He came to my house that night and his voice was crackling -  kind of like mine is right now - because talking about and thinking about what I've seen on that film, kind of upsets you," Simms said.

But he's worried about the man's other pets but also the people around him after what he did in Simms' store.

"If he’s doing it to an animal, what's he doing to his family or his friends?" he said. 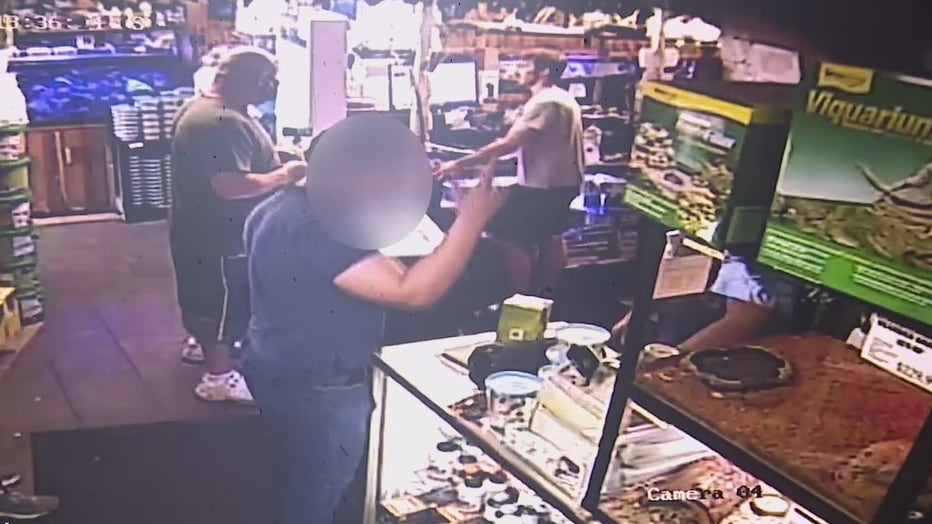 A Dearborn man smashed and killed a parakeet after he was told that the Allen Park pet store would not refund the man his money.