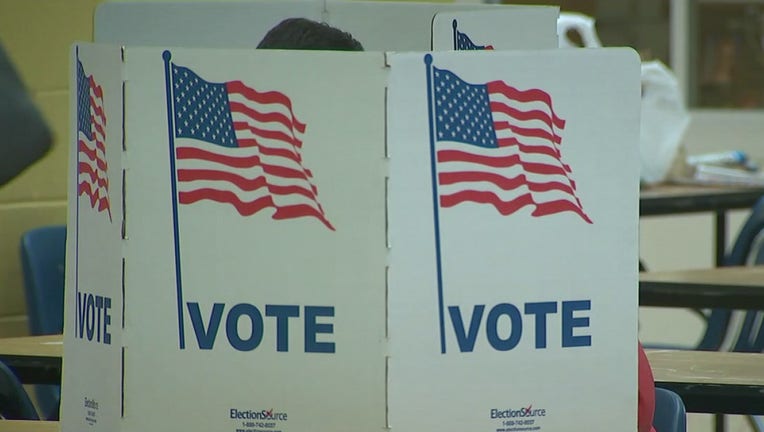 A person casts their ballot.

PHOENIX (AP) - A judge on Jan. 13 refused to order Maricopa County to turn over a raft of election data and copies of all mail-in ballots from November’s election to Republicans who control the Arizona Senate, instead imploring the two sides to settle their bitter dispute.

Maricopa County Superior Court Judge Timothy Thomason said it would be far better for the citizens of Arizona if the county and Senate Republicans who sought the material in the wake of Democrat Joe Biden’s victory reached a deal.

Thomason said he’d give the two sides a week to reach a deal before again taking up the request by Senate Republicans to enforce sweeping subpoenas they issued last month.

Many Republicans have made unsubstantiated claim that the results were fraudulent, despite multiple court rulings rejecting such allegations. The Senate Judiciary Committee and GOP Senate President Karen Fann are seeking election files to try to prove or disprove those claims.

They also want to do an audit of the machines used to count the ballots, despite numerous checks and hand-count audits done by county and state officials before and after the election.

The senators said in court filings they needed the information to inform Congress before Biden was formally certified as incoming president. But with that deadline now passed, they say they still need the information to potentially re-write state election laws. Senate Democrats oppose the efforts.

The GOP-controlled county Board of Supervisors stands by the integrity of the election. The board asked the court to block the requests because they sought private voter information and access to ballots and secure voting machines. The Senate countered by seeking a court order to enforce the subpoenas.

Because the subpoenas were issued before the new Legislature was seated on Monday, the county said those subpoenas were voided. The Senate issued replacement subpoenas late Tuesday, but the county’s attorney, Stephen Tully, told the judge the current case was therefore moot. The judge said he believed he could still rule.

Still, Tully said the county was willing to try to reach an agreement on the subpoenas and "work out a transfer of the information ... and to work out even a method of performing some type of computer audit within the bounds of law and with acceptable security protocols."

"They so far have been unwilling to do that, desiring ... the win that they feel like they need," Tully added. "Which is unfortunate."

The new subpoenas ordered the Board of Supervisors and county treasurer and recorder to appear at the Senate at 9 a.m. Wednesday. Board Chairman Jack Sellers said he appeared as ordered, but "it was clear upon our arrival that those who had issued the subpoenas had no intention of meeting with us today."

"We came in good faith, as we have in the past, to work with the Senate and move forward with an independent audit of the County’s election machines and processes," Sellers said in a statement. "We were ready to have serious discussions, we did not see the same from the Senate."

Fann said in a statement that the Senate had attempted to "partner" with the board to investigate the election results but that Sellers and the others arrived "empty-handed."

"It is disheartening that the Board continues to thwart our attempt to gain access to vital information in order to further legally valid legislative purposes, confirming the results of the election and investigating whether we need to modify statutes regarding the voting process," she said.

Kory Langhofer, the Senate’s attorney, said the county was "making a mockery" of the Legislature’s authority to subpoena information it needs to write laws.

"And at this point, the issue is not just the response to these, but what everyone who’s watching these proceedings may learn about how seriously you have to take the oversight function of the Legislature," Langhofer told the judge.

In a letter to the FBI and the Department of Justice, Democrats in Arizona say there are claims that Congressmen Biggs and Gosar worked to organize the rally at the U.S. Capitol that led to a deadly riot.