The Killeen woman arrested in connection to death and disappearance of Ft. Hood soldier Vanessa Guillen is expected to appear in a Waco courtroom later this afternoon. FOX 7 Austin's Jane Lonsdale has details.

WACO, Texas - A federal grand jury has indicted a Killeen woman in connection with the disappearance of U.S. Army Spc. Vanessa Guillen. 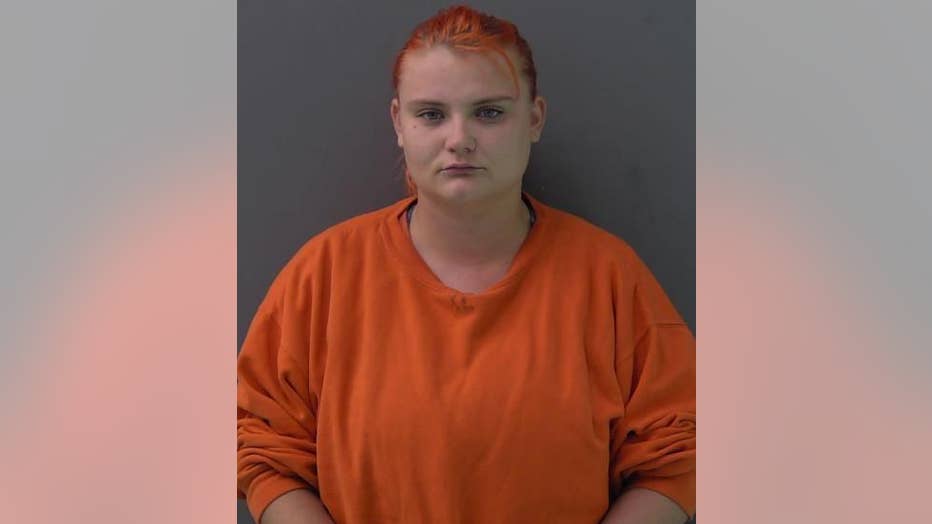 22-year-old Cecily Aguilar has been charged with one count of conspiracy to tamper with evidence and two substantive counts of tampering with evidence. She faces up to 20 years in federal prison for each count if convicted.

During a previously scheduled court hearing in Waco Tuesday, Aguilar was arraigned on the indictment now pending against her and a not-guilty plea was entered by Aguilar’s counsel. Aguilar has been ordered to remain in federal custody until further notice. No further court dates have been scheduled.

Fort Hood officials confirm remains found in Bell County to be that of Spc. Vanessa Guillen

Using DNA samples, the remains were identified by the Armed Forces Medical Examiner System at Dover Air Force Base in Delaware.

According to court records, Aguilar's boyfriend, U.S. Army Spc Aaron Robinson told her that he killed a female soldier by striking her in the head with a hammer while on Fort Hood on April 22. Robinson further admitted to Aguilar that he transferred the woman’s body to a remote site in Bell County.

Subsequently, Robinson enlisted the help of Aguilar in disposing of the victim’s body, says the U.S. Attorney's office. At a later time, Aguilar recognized the deceased, whom she helped Robinson mutilate and dispose of, as missing Spc. Vanessa Guillen. 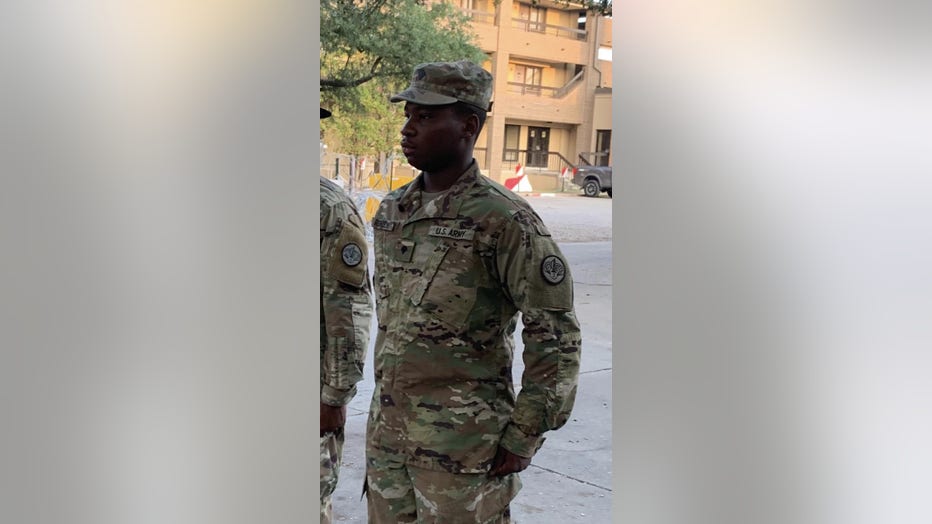 The indictment alleges that from April 22 through July 1, Aguilar conspired with Robinson to corruptly alter, destroy, mutilate and conceal evidence, including the victim’s body in order to prevent him from being charged with and prosecuted for any crime. The indictment also alleges that on April 23 and on April 26, Aguilar tampered with evidence, including the victim’s body, to impair its integrity and availability for use in an official proceeding.

Officials say Aguilar is the estranged wife of a former Fort Hood soldier.

Robinson committed suicide Wednesday morning, as authorities closed in on him. Monday morning, Aguilar appeared before a judge via teleconference for the first time. Her preliminary hearing was set for July 14. During the hearing, bond will be set and it will be determined if her case proceeds to a federal grand jury.

Guillen was last seen on the morning of April 22 in the parking lot of her Regimental Engineer Squadron Headquarters, 3rd Cavalry Regiment on Fort Hood and had not been heard from since.

U.S Representative Sylvia Garcia signed a letter with 87 other congressional members in support of U.S Senator Kristen Gillibrand and Representative Jackie Speier calling for an independent investigation by the department of defense into the circumstances surrounding Specialist Guillen's death including allegations of sexual harassment.

Guillen’s family and lawyer, Natalie Khawam say the 20-year-old Houston native was sexually harassed on post. They are calling for Congress to investigate the case and pass the #IAMVANESSAGUILLEN bill, which would put additional protections in place for victims of sexual harassment and assault in the military.

The Army recently sent an investigative team from outside Fort Hood to look into the Sexual Harassment Assault and Prevention, or SHARP training on post.

Last week, the U.S. Army Public Affairs announced that the Secretary of the Army has directed an independent, comprehensive review of the command climate and culture at Fort Hood, as well as the surrounding military community.

The Army says that it will hire four "highly qualified expert" civilian consultants that will form a panel and spend an estimated five to ten days at Fort Hood.