TAMPA, Fla. - Russell Gackenbach recalled that, at first, he and his crew didn’t realize what they’d just done.

The date was August 6, 1945, and then-22-year-old Gackenbach, a second lieutenant aircraft navigator and photographer, was about to capture history.

“The sight was as awesome, as people today would say,” he said. “But we were stunned.”

Stunned, because the B-29 he followed, the Enola Gay, had just dropped the world’s first atomic bomb on Hiroshima, Japan. 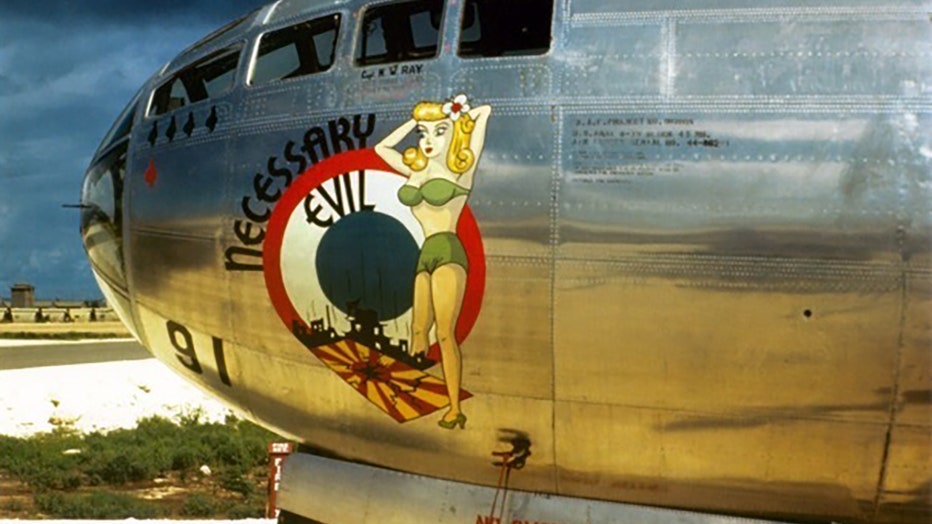 'Necessary Evil,' the B-29 Superfortress used during the bombing on Hiroshima, Japan, on Aug. 6, 1945. (6th Air Refueling Wing Public Affairs)

Gackenbach passed away on November 13 at 96. The Clearwater resident spoke with FOX 13 in 2016 – then the last surviving crew member of the Hiroshima bombing mission. He served as a navigator and photographer on the B-29 ‘Necessary Evil,’ which was part of the multi-plane mission.

“The only thing we were told was, there will be a cloud, but don’t go through it, go around it,” he recalled. “As soon as they dropped the bombs, both of them flew away as far as they could go, as fast as they could go.”

His daughter Carol Jarosz says the secrecy around the mission kept her father and his fellow crew members in the dark about what they were doing.

“They had no idea they were working toward dropping the atomic bomb,” Jarosz said. 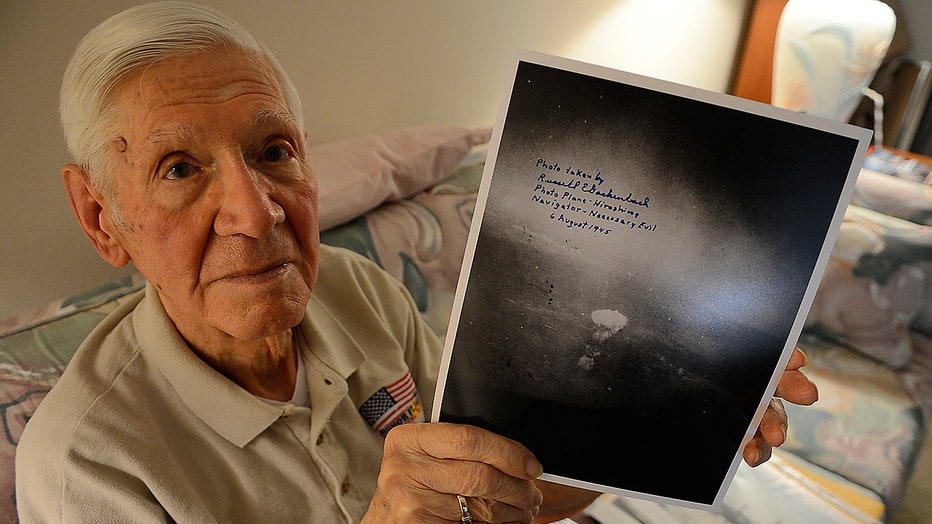 His family says he didn’t talk much about his war time until he was older, when he started going to the reunions for crewmembers.

But with the last living link to that mission now gone, she hopes his story, like the memories of that day, aren’t forgotten.

“I have no regrets about what I did. We were at war."

“I have no regrets about what I did,” Gackenbach said. “We were at war. The Japanese and the Germans were working on the atomic bomb, just like we were. We just happened to get it first.”

Gackenbach was buried in Melbourne, Florida on Tuesday, next to his wife of 62 years, Evelyn.