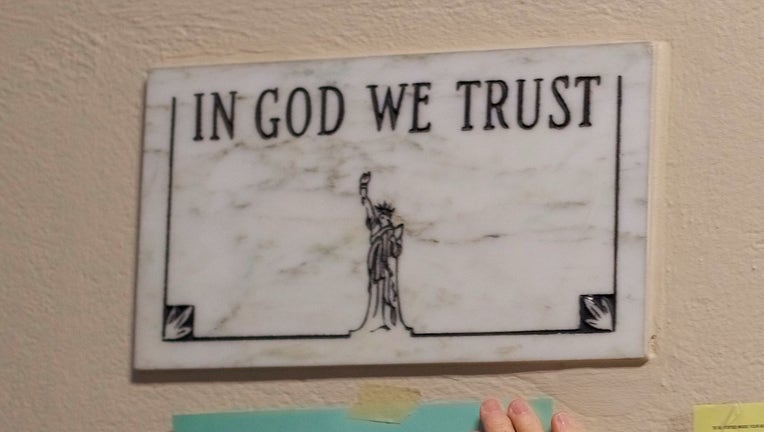 As students soon head back to class across the country, a new law in Tennessee is requiring schools to display the national motto, "In God We Trust."

Back in March, the legislation passed the Senate unanimously and cleared the House in an 81-8 vote, with both chambers controlled by Republicans.

The law requires all schools to display "In God We Trust" in a prominent location, either as a plaque, artwork, or in some other form.

Whether this motto represents an unconstitutional government endorsement of religion is a question that has invited legal challenges in other states with similar laws.

But the new law's sponsor, Republican Rep. Susan Lynn, said it shouldn't bother "faithless people" and "people of other faiths" because it's the motto of the country.

"Our national motto and founding documents are the cornerstone of freedom and we should teach our children about these things," Lynn said.