A family is left reeling after losing three loved ones on Dec. 26 when their lives were cut short after a reported drunk driver crashed into them.

MARICOPA COUNTY, Ariz. - Law enforcement is investigating after three people died in what authorities believe was a DUI-related crash on Saturday, Dec. 26 in Maricopa County.

According to court documents, the two-car crash happened at Dobson and Chapparal roads around 9:30 p.m. The area falls within the community of Salt River Pima Maricopa Indian Community.

The crash was between a red sedan and black SUV. Officers spoke with John McDonagh, 46, who was the driver of the SUV. 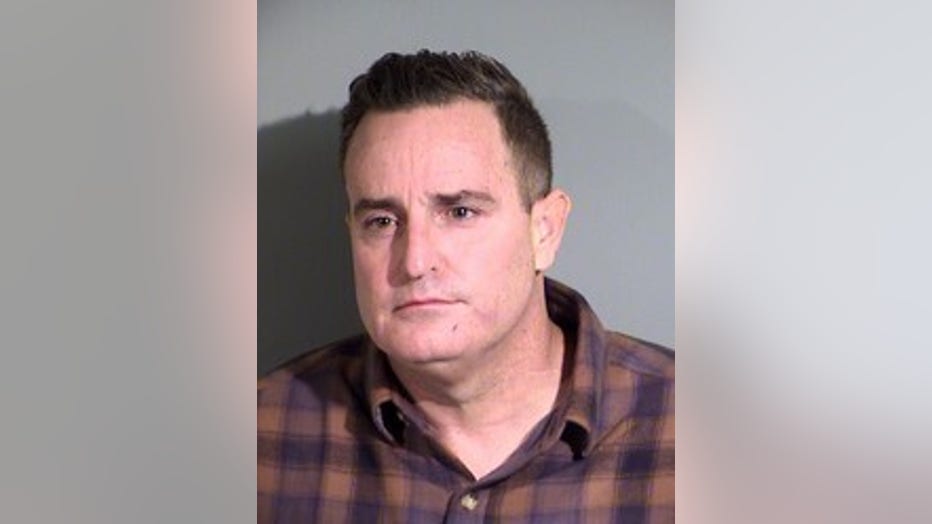 The officer smelled a strong odor of liquor on McDonagh who slurred his speech and stumbled when he walked, police say. It's also believed he drove nearly 60 mph in a 35 mph zone.

McDonagh reportedly refused a field sobriety test and blood test until the officer was granted the authority by the court to get a blood sample from him.

McDonagh is accused of extreme DUI, manslaughter, aggravated assault with a deadly weapon and speeding. Court records show he was also found guilty for DUI in 2011.

McDonagh was booked into jail on suspicion of aggravated assault with a deadly weapon and manslaughter.

The victims were a man, woman and six-year-old child. The woman and child were members of the Salt River Pima Maricopa Indian Community while the man was a member of a federally recognized tribe.

Family identified the victims as Leonard Leon, his wife Beldon Patrick and their daughter Bella Leon. 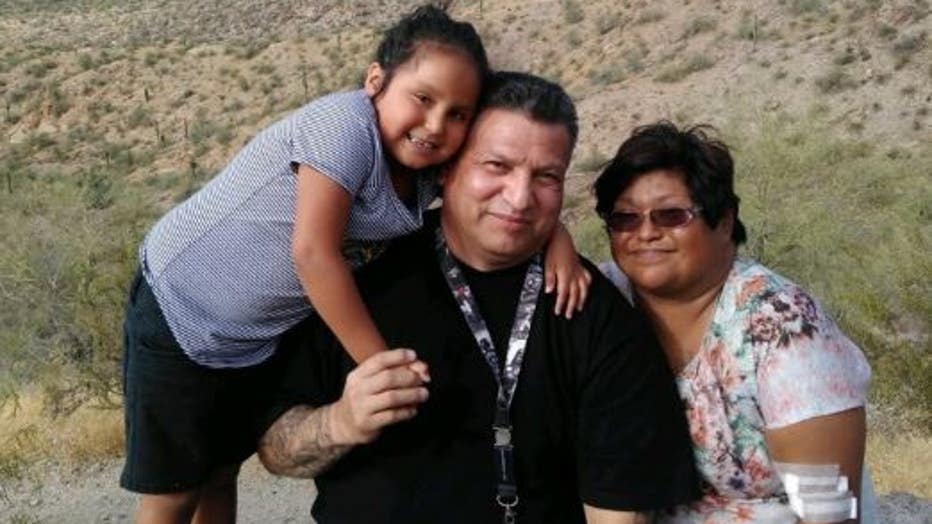 "It's shocking. It's a disbelief. You know, I was talking to them, not that long ago and it's just crazy," said Leonard Sanchez, named after his father who was killed in the crash.

"There's no reason for people to get behind the wheel drunk and to drive like this," he said.

Sanchez said of his baby sister, "She was a little firecracker. You know she was, she would come over, she'd be everywhere."

His dad was recently diagnosed with cancer and planned to fight back hard.

"I wish I had more time to be around him. My kids are growing up, they are in the same boat. You know, they wish they had more time with your grandpa," Sanchez said.

To donate to the family of the three, visit this link.