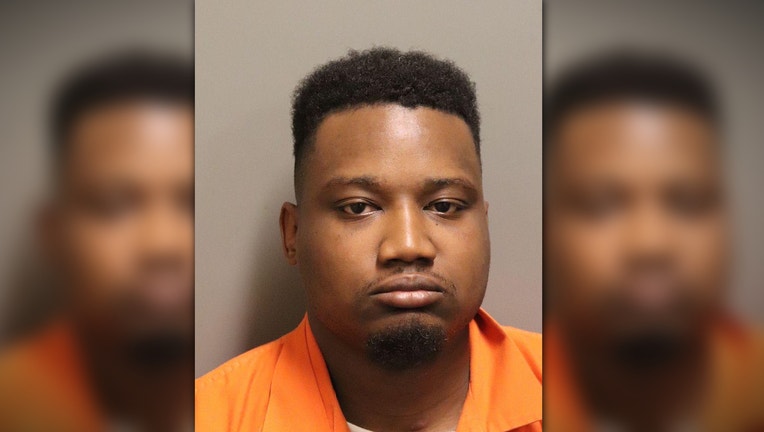 Terrence Terrell Keeton, who told investigators he’s trying to break into the pornography industry, is facing a new rape case — just a month after being released on bond. (Source: Montgomery County Sheriff’s Office)

On July 9, police said Keeton raped an 18-year-old in his home between the hours of 9 p.m. and 11 p.m.Keeton’s new charge carries a $60,000 bond, but he’s being held at the Montgomery County Detention Center pending a revocation hearing regarding his initial charges. Last month, a judge removed the cash stipulation from his bond, which allowed Keeton’s initial release from custody.

A motion to revoke Keeton’s bond that stated a new arrest warrant had been signed on July 13, the Montgomery Advertiser reported.

For his previous charges, which date back to 2016, Keeton is accused of raping five different women — two of whom he allegedly held at gunpoint during the sexual assaults. A trial had been set for earlier this year, but ended up getting postponed amid the COVID-19 pandemic.

Though Keeton acknowledges he is a licensed gun owner, he denied being armed during the alleged rapes and claimed his sexual encounters were all consensual.

Keeton said he had text messages from women that showed they were comfortable with the acts being recorded, the Montgomery Advertiser reported.

Keonte Jones, 28, allegedly told the homeless man that he’d pay him $6 if he could land a backflip.

He also said he had messages from two of the women apologizing for lying about the incidents, but he claims those messages were gone when police gave him his phone back.

He wrote a letter to a judge that said videos he recorded during the sexual acts prove that they weren’t rape.