A large bucket of chlorine reportedly exploded at a man's Peoria home on July 28. He and a firefighter were taken to the hospital after exposure to the chemical.

PEORIA, Ariz. - A five-gallon bucket of chlorine reportedly exploded at a Peoria home on Wednesday afternoon and it caused hazmat situation, the fire department said.

The incident happened near Beardsley Road and 109th Avenue.

"An adult male stated a five gallon bucket of chlorine exploded at a residence. He was transported in stable condition," a Tweet read from the department.

The man's home was evacuated and neighbors sheltered in place during the incident.

The department says a firefighter was taken to the hospital and is stable after exposure to the chemical.

There's no information on the explosion or the damage that it caused. 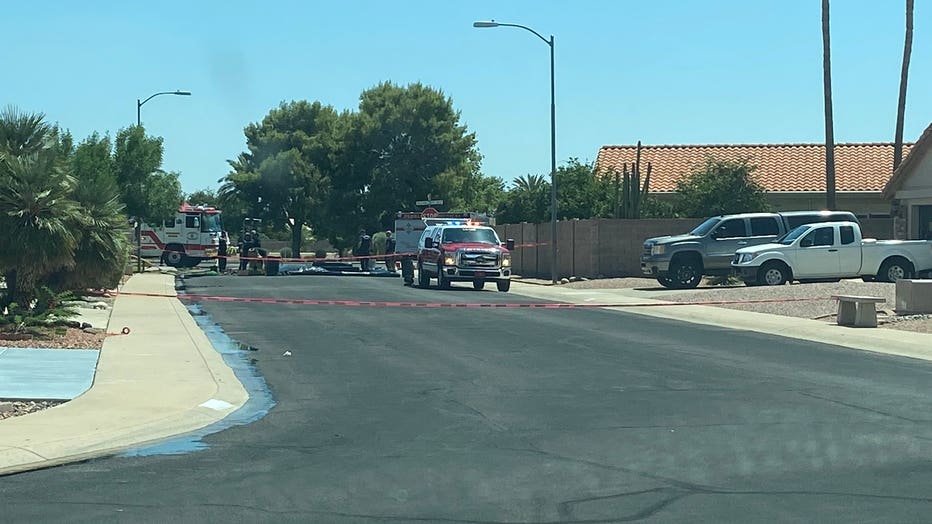 Hazmat situation in Peoria on July 28. Photo by the Peoria Fire and Medical Department