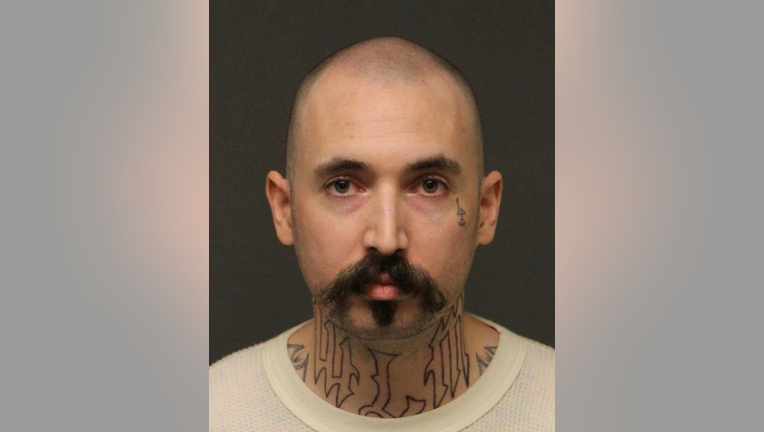 LAS VEGAS - A Nevada man who blocked the Colorado River bridge near Hoover Dam with a homemade armored vehicle and assault-style rifles in 2018 has been sentenced to seven years and nine months in an Arizona state prison.

Matthew Phillip Wright, 33, of Henderson, was sentenced in Kingman, Arizona, after pleading no contest to felony terrorism, weapon and unlawful flight charges, according to court records obtained on Dec. 22.

Wright’s attorney, Michael Denea, called the plea deal a fair resolution to a difficult case and noted that Wright could have faced life in prison under Arizona law.

Wright entered his plea in February. A different judge in June rejected the agreement, calling a sentence of less than 10 years too lenient.

Wright blocked traffic for about 90 minutes in June 2018 on U.S. 93, the main highway between Las Vegas and Phoenix, by parking his vehicle near the midpoint of the Mike O’Callaghan-Pat Tillman Memorial Bridge, displaying weapons and holding a sign that read "release the OIG report."

The message appeared to refer to a U.S. Justice Department internal report that had been released that week about the department’s handling of the Hillary Clinton email probe.

Wright, an unemployed Marine veteran, eventually drove the truck into Arizona, where its tires were flattened by police spike strips. He surrendered to authorities on a dirt road in the Lake Mead National Recreation Area.

Wright's sentencing was first reported by the Las Vegas Review-Journal.