PHOENIX - A Phoenix mother has been put through two weeks of complete agony after she lost her teenage son to gun violence on Christmas morning.

The suspect is in jail and FOX 10 learned new details about how DNA evidence from the suspect's clothing left at the scene helped detectives solve this case.

The suspect, Timothy Bell, 30, is a homeless man with a criminal record and police say he stole the gun in an armed robbery before using it to kill 18-year-old Tyler Cardiel.

"My last memory is seeing him on a road in the cold for ten hours," his mother, Monique Cardiel says. It's an image she will never be able to shake, seeing her son's lifeless body in the road.

She says her son's walk home from the Circle K he worked at near 83rd and Glenrosa avenues was routine, but on Christmas morning around 6:30 a.m., police say Bell was laying on the ground and saw Cardiel walk toward him.

"My job as his mother was to protect him and I just didn't. I feel like I let him down," Cardiel expressed.

A Phoenix mother is mourning the loss of her 18-year-old son after police say he was killed by a homeless man on Christmas.

Surveillance video from the same morning around 3 a.m. shows the suspect go into the same Circle K Cardiel worked at. Bell hangs outside of the store, goes back in, but leaves before Cardiel's shift ends.

Moments after the shooting, police say a witness spotted Bell taking off a purple sweater, knit hat, black facemask and dark shirt as he ran away.

Five days later, officers responded to a suicide attempt and found Bell with a gunshot wound to the head. They recovered the handgun and determined the cartridges matched the casings at the scene of Cardiel's death.

"The first thing I thought was he didn't die to the gunshot to his head, but my son did," Cardiel's mother said. 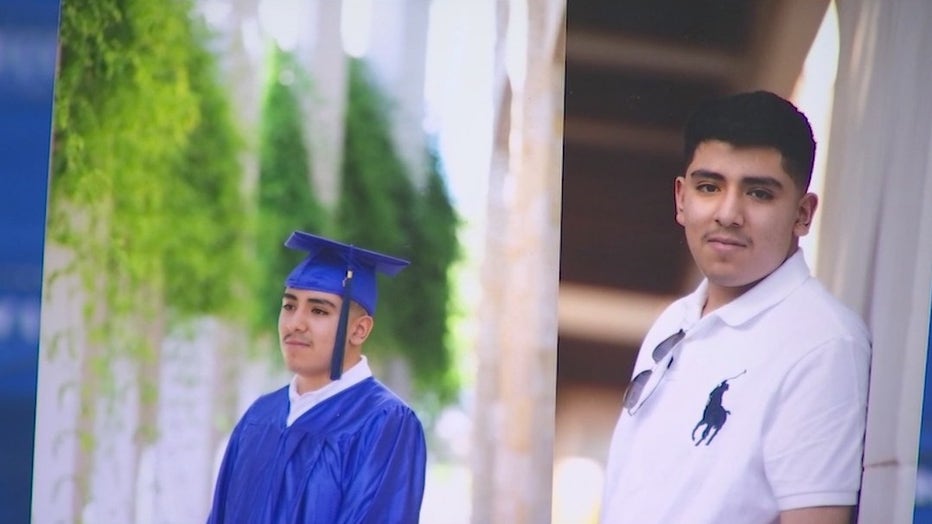 In an interview with police, they say Bell admitted to killing Cardiel and felt rage being homeless in the rain. Detectives also learned Bell allegedly stole the gun from someone two days before Cardiel's murder.

After losing her first-born to gun violence, Cardiel says it's time for a change. "We need to move. His brother is completely devastated and he asks every night 'is he really gone?' And I have to try to be strong for him and I don't know how 'cause I'm falling apart."

Bell is in jail, accused of first-degree murder and armed robbery. His bond was set for more than $1 million.

How Bell reportedly got the stolen gun used in the killing

FOX 10 spoke to the victim on Jan. 19 who originally owned the gun. He now says, "I don't like to go anywhere, especially alone anymore."

Nineteen-year-old Jayce Young's sense of security is not the same
since a nearly-deadly incident on Dec. 23.

As he left the Circle K near 83rd Avenue and Indian School Road, he says Bell asked him for money. Young just got into his car with the door open, saying he didn't have cash before Bell allegedly made his move trying to steal his gun.

"He took a step closer and within the blink of an eye, he was diving for my firearm in my driver side panel," Young explained.

He tried to stop Bell, but it was too late.

"He turned around pointed the gun at my head and said screw you basically and pulled the trigger, but I don't keep one in the chamber if it's not holstered. So I would not be here today if not for that," Young explained.

"I failed to retrieve my firearm back and now there is a kid, just starting his life, dead. Just like me, he wasn't much younger than me," Young said, adding, "It's so rare now to find genuine hearted people and good people."