A man who had his wheelchair stolen from the front yard of his home is finally reunited with the wheelchair, after the person who took the chair returned it. FOX 10's Matt Rodewald reports.

PHOENIX - A man who had his wheelchair stolen from the front yard of his home is finally reunited with the wheelchair.

FOX 10 first reported on the story on January 16. The stolen wheelchair belongs to Tommy Hambicki, who began to use a wheelchair following a car crash in 2003.

Hambicki said he slipped out of the house to get some food, and was gone for seven minutes when someone rolled up on a bike and took the wheelchair. 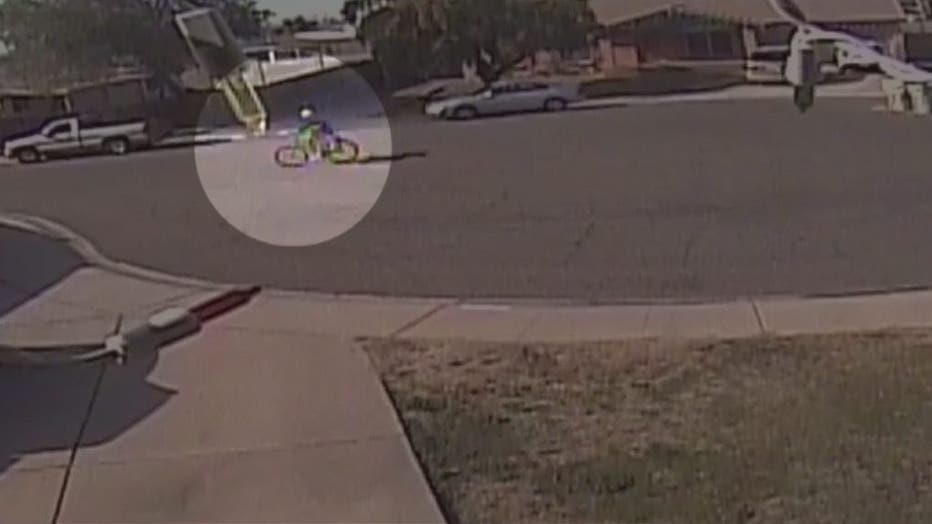 Surveillance camera footage captured a man riding a bike into the cul-de-sac, go behind a pair of trash cans, and take the wheelchair. 45 seconds was all it took for the man to carry the wheelchair with him, as he rode away on a bike.

Days after FOX 10's story aired, someone came to the door at Hambicki's house.

"Mom answered it. I got into this chair, came out front, and I saw it!" said Hambicki. "I was absolutely shocked and in disbelief."

The man who returned the wheelchair said he thought it was bulk trash.

"He was going around and picking up trash, it's what he said," said Hambicki. "He said he thought it was bulk trash. I'm conflicted on whether I believe yes or no."

The day the wheelchair was taken was actually bulk trash day in the area.

Hambicki, a long-time youth basketball chair, said he is just happy to hair the wheelchair back.