PHOENIX - A local veteran with no known living family members or friends was laid to rest with honors Wednesday afternoon.

On Tuesday, FOX 10 reported on efforts by various organizations to give Vietnam veteran Donald Moore a proper burial, after he died at the age of 73 with no known living family members.

"He had lived his life after his Vietnam service indigent here in the State of Arizona, and had lost all contact with any family and friends for many, many years," said Jennifer Terstriep, Executive Director of Infinity Hospice Care.

The hospice center Moore was in the care of stepped in and acted as his family. They, along with many others, made sure this veteran received the funeral he deserved.

There was a procession from the Wyman Funeral Home, complete with flags lining the way for the arrival at the National Memorial Cemetery, a gun salute, and a funeral service with military honors. 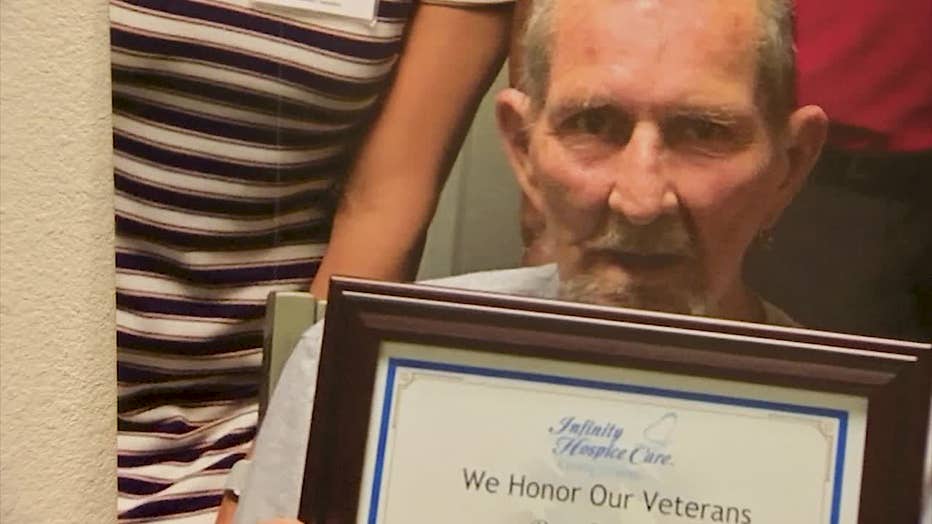 Hundreds of people, many complete strangers, showed up to pay their respect.

"We consider him family, so it's not that he didn't have any family, we are his family," said Bill Wooster, State Captain of the Arizona Patriot Guard Riders. "We are here to make sure that he gets the honor and respect that he deserves. He served this country, it's our time to serve him as well."A woman, identified only as "Jannel", says she knew Moore since she was little. She said he served with her uncle.

"We were there through the many years that he was in our family," said Jannel. "He was always there. He was always funny, telling jokes, laughing. He was a very humble man."

A few years ago, they lost touch, but Jannel often thought about Moore. When she saw he passed away, she knew she had to come and pay her final respects.

Jannel is at peace knowing so many others did the same.

"Very grateful," said Jannel. "I'm really grateful that there's people that stood up and are doing this for him."

Members of the hospice facility received the flag that would have been presented to Moore's family. They say they were very touched by the number of people who made it out to show their support. 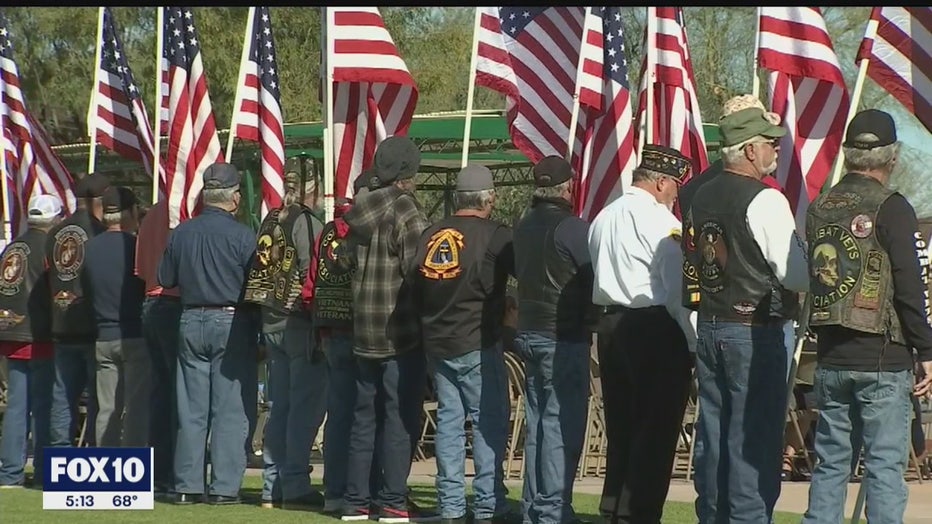