PHOENIX - State and Maricopa County health officials say a teenage international traveler to Arizona has tested positive for measles, and may have exposed others to measles at two locations in Arizona.

In a statement, officials said the teen was competing in the World Hip Hop Dance Championship at the Arizona Grand Resort from August 9 to August 11.

"When you're looking at a large dance competition, with thousands of people in the competition and then a lot of other spectators watching, we're definitely concerned that there were a lot of people in that one space," said Dr. Rebecca Sunenshine with Maricopa County Public Health.

"Unfortunately, this individual wasn't diagnosed until they were back home where they lived, and so it took some time to diagnose," said Dr. Sunenshine. "We don't have confirmed information yet about where she visited outside of Maricopa County, and we're still learning where she visited in the county."

Dr. Sunenshine says measles is highly contagious and can expose individuals up to two hours after an infected person has left the room. She said more people are vulnerable to measles since fewer people are getting vaccinated. Officials are asking for people to monitor for measles for 21 days after exposure.

Late Friday afternoon, organizers of the World Hip Hop Dance Championship issued a statement, saying they were notified Friday afternoon, and they are working with health officials on the matter. Organizers say to their knowledge, there have been no other cases in conjunction to the event reported. FOX 10 has reached out to the Arizona Grand Resort about the potential exposure incident, but we have yet to receive a response.

According to the Centers for Disease Control and Prevention, measles symptoms appear seven to 14 days after contact with the virus, and symptoms can include high fever that can spike to over 104°F, cough, runny nose, and watery eyes. The rash appears three to five days after the first symptoms.

News of the potential exposure in Arizona came as health officials in Orange County, California reported that guests at Disneyland, Disney California Adventure and a hotel from August 11 to 15 may have been exposed to measles. It is unknown if the two incidents are related. 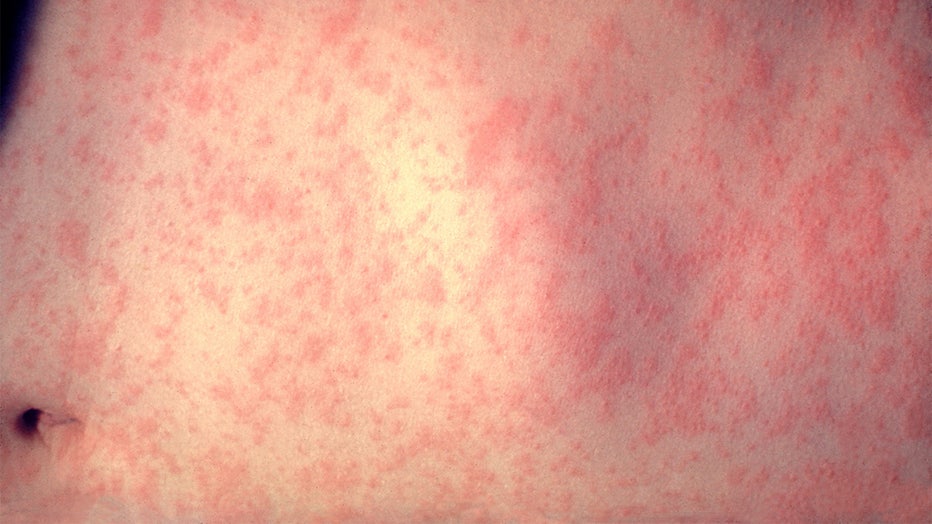