PHOENIX - The Maricopa County Attorney's Office plans to fire a prosecutor who filed false gang charges against protesters back in 2020.

The charges filed against more than a dozen demonstrators in October 2020 were ultimately dropped, but not before setting off a months-long landslide of controversy that ended in a one-day suspension of Phoenix Police Chief Jeri Williams and the reassignment of three assistant chiefs.

Earlier this week, interim County Attorney Rachel Mitchell gave a letter of notice of dismissal to April Sponsel, the lead prosecutor in the now-dismissed case.

The deputy county attorney was one of the subjects of an investigation into the arrest of 15 protesters in downtown Phoenix who were demonstrating against police brutality.

Those protesters would later be indicted on criminal street gang charges, but the investigation conducted by a former federal judge found those charges to be improper.

Allister Adel, the county attorney at the time, dismissed the charges in February 2021 "with prejudice," preventing any possible re-filing of charges.

Investigators from the attorney's office say she showed incompetence, inefficiency and neglect of duty in performing her job, and her decision to indict the protested showed she failed to review the available evidence.

Sponsel is also accused of making statements to the grand jury that were exaggerated or not supported by the evidence.

She has until Tuesday morning to respond and appeal the office's decision to fire her.

Meanwhile, Sponsel has already filed a lawsuit claiming from county attorney Allister Adel - who resigned from office in March and died in April - made her a scapegoat and defamed her in the media. 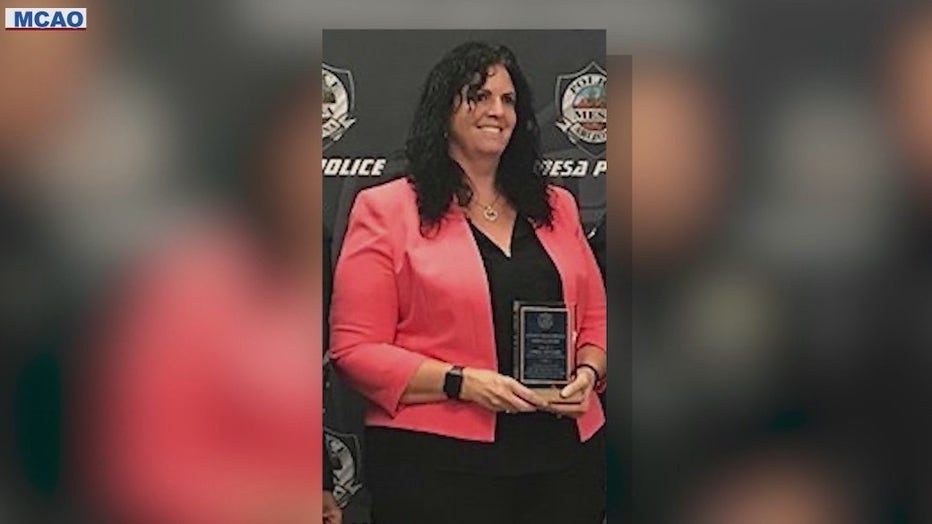