PPEs being thrown away improperly across Arizona

Personal Protective Equipment, such as masks and gloves, have been widely used during the COVID-19 pandemic as a way to curb the spread of the virus. Most of it is disposable, but much of it is being thrown away in an improper manner. FOX 10's Anita Roman reports.

PHOENIX - PPE, or Personal Protective Equipment, is a common term people have heard in the past year as a result of the COVID-19 pandemic

Items like masks, gloves, hand sanitizer, and wipes were all used to fight the spread of COVID-19. While most PPE is disposable, much of it is being improperly discarded.

"It's everywhere we walk," said Randy Roudebush. "This parking lot, we would probably find 10 to 15 masks as we walk."

Roudebush showed how easy it would be to find PPE in the parking lot of a grocery store near Interstate 17 and Bell Road. It took just a few steps.

"I'm sure these are pretty contaminated," said Roudebush.

Masks, gloves, and wipes have become a common landscape in neighborhoods in the Valley and in other parts of the state.

"It's really gross," said a woman.

"I just wish people would be more responsible. You're obviously wearing it at one point in the day. I understand if you drop it getting into your car or something. People just need to be more responsible about it, more aware," said a man.

People are noticing more PPE laying around, and so is the City of Phoenix Public Works Department.

"You don't know who's been handling the material as well, right? So if someone has positive COVID, we don't want them being handled because they're being pre-sorted by people in the beginning of the stage," explained operations manager Eduardo Rodriguez. 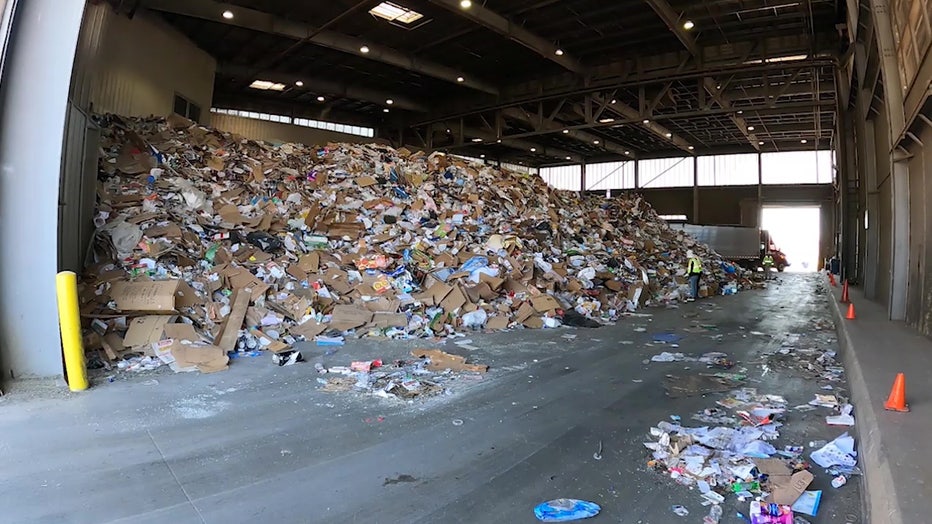 Rodriguez says PPE found in recycling is separated by hand by employees, so there's a concern for their health. In addition, masks, gloves, and hand sanitizer bottles simply can't be repurposed, a fact many people don't know or ignore.

"[It] usually has fibers in it, just don't work with and not the recycles," said Rodriguez. "And then, we can't really sell that material or ship it out."

According to Rodriguez, there has been a 20% increase of inbound recycling in the past year. The amount of trash coming in has increased tremendously as well.

"The city has two transfer stations between both sites. We handle over a million tons of raw material," said Rodriguez. 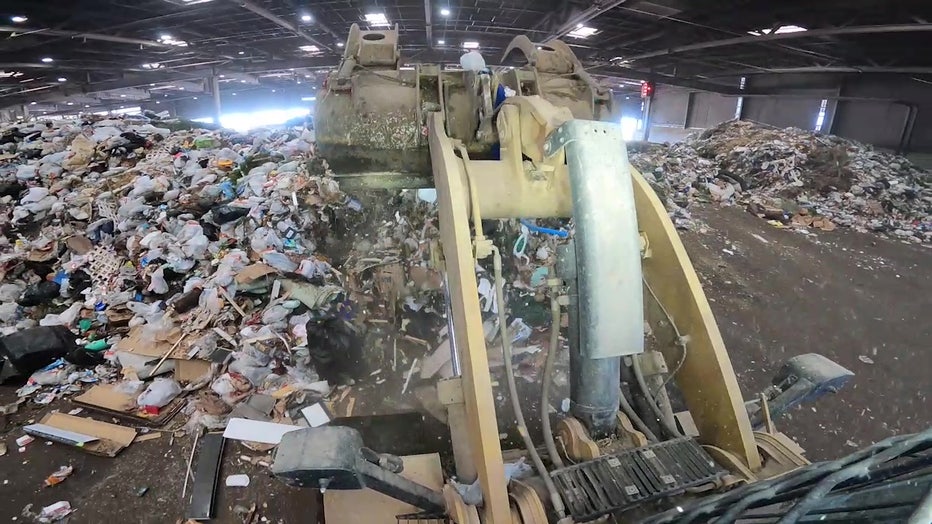 Those raw materials now include PPE. Meanwhile, cleanup efforts at the transfer station or in the community falls on the department.

"If it happens to be in our parks or different public spaces, yes, that falls on us, and we have been doing a lot of that cleanup," said Rodriguez.

There are Valley residents willing to do the clean up to do their part.

"I remind them if I see them or I pick them up and throw them away, I don't want to see it," said Roudebush, who says it's worth the risk.

"I'm totally against people who don't care about the environment and the planet we live on," said Roudebush.