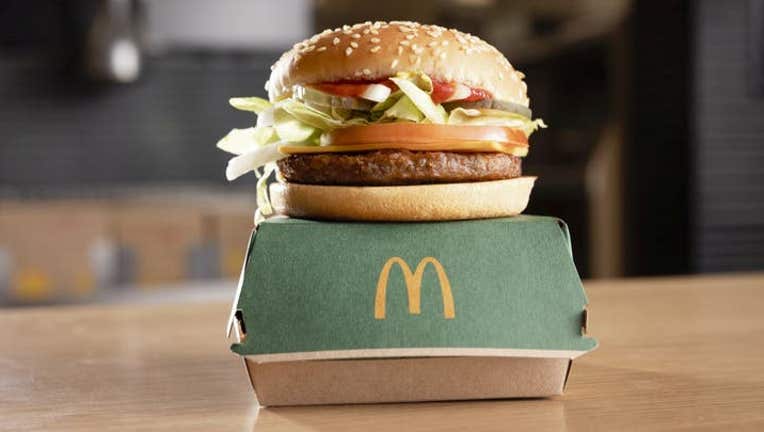 McDonald's will expand its test of the McPlant burger to 600 locations in San Francisco and Dallas-Fort Worth. (McDonald's)

The McPlant is taking root across parts of the United States.

The McPlant will be added to menus at about 600 new restaurants, according to a posting on the McDonald’s website. Starting on February 14, customers will be able to try out the vegan-friendly burger at locations in the San Francisco Bay and Dallas-Fort Worth markets.

The McPlant will only be available in these new markets for a limited time, as supplies last.

McDonald’s wrote that it is expanding the test to these markets in order to help understand customer demand. When the company announced the initial eight-restaurant test last November, it stated that the test would also include information about how offering a plant-based item impacts its kitchens.

The eight locations of the initial test included Irving and Carlton in Texas, Cedar Falls in Iowa, Jennings and Lake Charles in Louisiana and El Segundo and Manhattan Beach in California.

McDonald’s has also introduced the McPlant to various international markets, including Sweden, Denmark, the Netherlands, Austria and the United Kingdom.

Beyond Meat developed the McPlant alongside McDonald’s. The burger is made from peas, rice, potatoes and other plant-based ingredients. It is served on a sesame seed bun with tomato, lettuce, pickles, onions, mayonnaise, ketchup, mustard and a slice of American cheese.

According to McDonald’s, the McPlant has the taste of "an iconic McDonald’s burger."