MCSO is investigating a deadly double shooting about an hour southwest of Phoenix that happened in broad daylight during a party.

GILA BEND, Ariz. - The Maricopa County Sheriff's Office announced the arrests of two suspects weeks after a deadly shooting that happened near Papago Street and Euclid Avenue on Oct. 1, not far from the Gila Bend Community Park.

At 1:36 p.m., Sgt. Calbert Gillett says deputies were dispatched to a shooting call in the area. When they arrived at the scene, they discovered the bodies of two men.

"Preliminary information is that these individuals were at a party when the shooting occluded," said Gillett.

The suspects fled the scene prior to the deputies' arrival.

On Oct. 24, the sheriff's office says those suspects are now in custody.

Nineteen-year-old Kurtis Childs and 16-year-old Aiden Manuel were arrested after self-surrendering on Oct. 21 and booked into jail on suspicion of murder, gun charges and assault 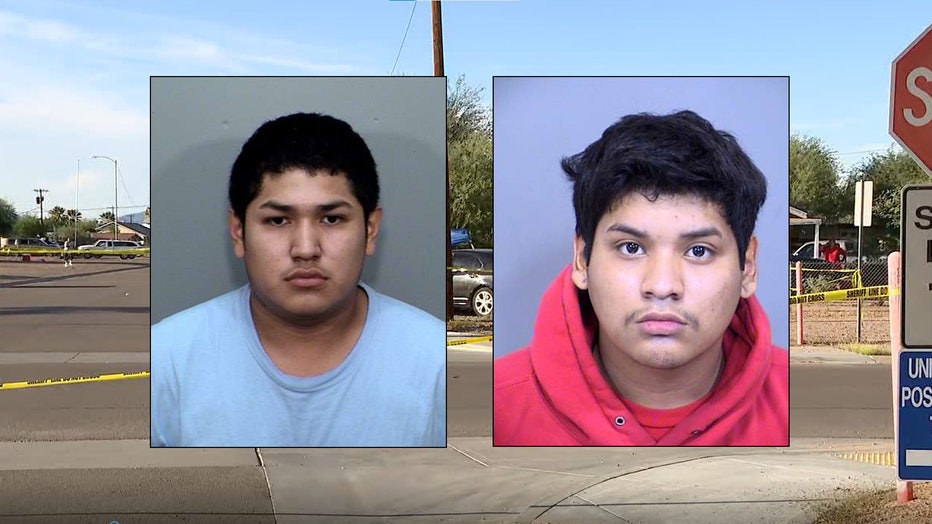