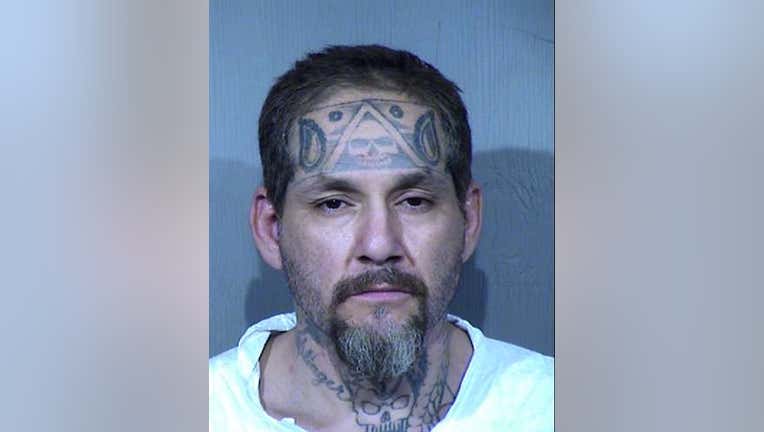 TONOPAH, Ariz. - Officials with the Maricopa County Sheriff's Office say a man has been arrested in connection with a shooting incident in Tonopah on Friday.

According to a statement released Saturday, deputies were called to a TA travel center in the area of Hassayampa Road and the I-10, where a man, later identified as Romeo Ruiz, said his wife had been shot in the hand, stomach and chest, and requested immediate help.

Investigators say deputies on scene performed life-saving measures on the victim, and later took her to the hospital.

After speaking with the victims, detectives say they spoke with Ruiz, who said he was arguing with his wife in a dark room and grabbed her rifle. Ruiz then pointed the front of the rifle to his head and had his wife hold the end of it, stating he told his wife to pull the trigger and end his life. The victim, however, refused to do so and handed the rifle back to Ruiz.

Ruiz, according to officials, then placed the rifle down on the bed, but grabbed it again moments later. Ruiz said he and his wife began fighting over the rifle, and he went to pull the curtain off to gain daylight when the rifle went off. Ruiz then saw his wife bleeding, and then helped her to their car and try to drive her to the hospital.

Officials say Ruiz admitted to being a prohibited possessor of a weapon and having two firearms at the home, one of them being his. He is accused of aggravated assault and weapons possession-related offenses.