PHOENIX - Officials with the Maricopa County Sheriff's Office are asking for tips, offering hefty rewards as they work to get the most wanted suspects off the streets.

On August 12, Sheriff Paul Penzone shared Maricopa County's most wanted criminal suspects. There is an MCSO unit that is making arrests on the fugitives, but they have a backlog, and are hoping someone out there will have information leading to their arrest. 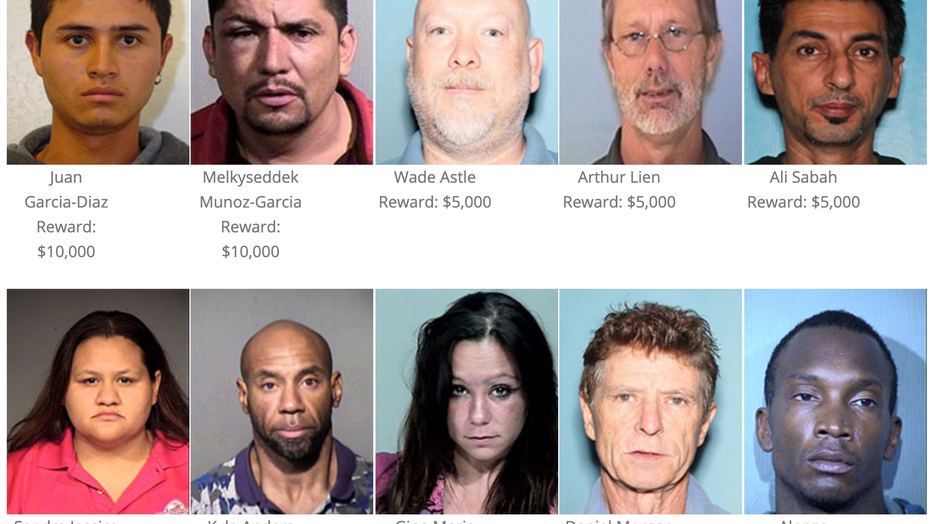 Photos of suspects on the most wanted list, as it appears on the MCSO website on August 12, 2020

According to MCSO's website, there are 10 people on the most wanted list as of August 12. They are identified as:

"Our core responsibility is to identify, locate and apprehend for the safety of families and community," said Sheriff Penzone. "The backlog is so substantial. It has been climbing for so many years that we don’t have the resources to go out and arrest as many people as we like. As soon as we take 10 off the pile, 10 or 15 are added to the pile."

MCSO has a special unit called Fugitive Tactical Enforcement Unit, or FATE, that is designed to lower the backlog. They work with the FBI by following tips that lead to arrests of the most wanted in Maricopa County.

Since 2017, the unit has made 600 arrests, but they need tips to continue the momentum.