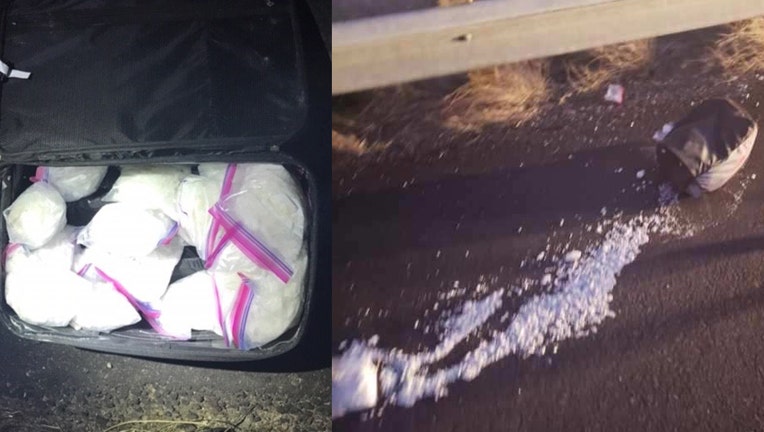 Bags of methamphetamine were found along Interstate 40 on January 23, 2020. (Mohave County Sheriff's Office)

KINGMAN, Ariz. - The Mohave County Sheriff's Office says when deputies attempted to conduct a traffic stop on a vehicle heading eastbound Interstate 40, the occupants threw suitcases out of the car that broke open, causing a cloud of white powder to be strewn across the road on Thursday.

When the deputies caught up to the vehicle near milepost 65, they detained the car's occupants and secured the bags that were thrown.

"The Pinion Pine Fire District responded to decontaminate and remove any existing residue on the interstate," said Mortensen.

MCSO says the estimated street value of the drugs is approximately $2.1 million. 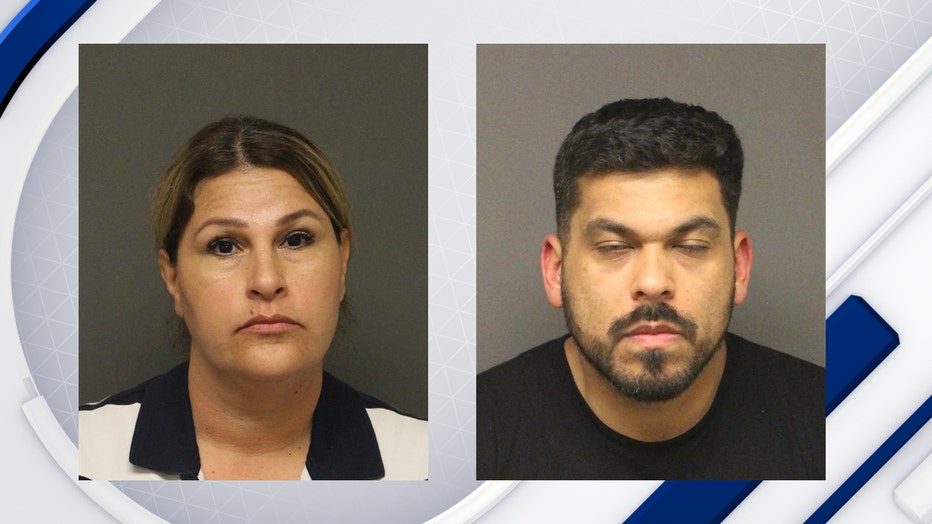