Menorah lighting in Phoenix, across the Valley kicks off the beginning of Hanukkah

PHOENIX - Hanukkah celebrations are taking place across the Valley on the night of Sunday, Nov. 28 – from Scottsdale to Chandler and in Phoenix.

The Phoenix celebration was held at Margaret T. Hance Park as Hanukkah began at sundown. Dozens of people showed up to celebrate the first night of the eight-day holiday.

It's a symbol of hope and endurance in downtown Phoenix as many came together to light the menorah. The celebration included music, crafts, a balloon artist, and of course, a dreidel.

"Just a nice addition," said Lawrence Bell, executive director of Arizona Jewish Historical Society. "We do a lot of events in the park every year and this is a nice addition." 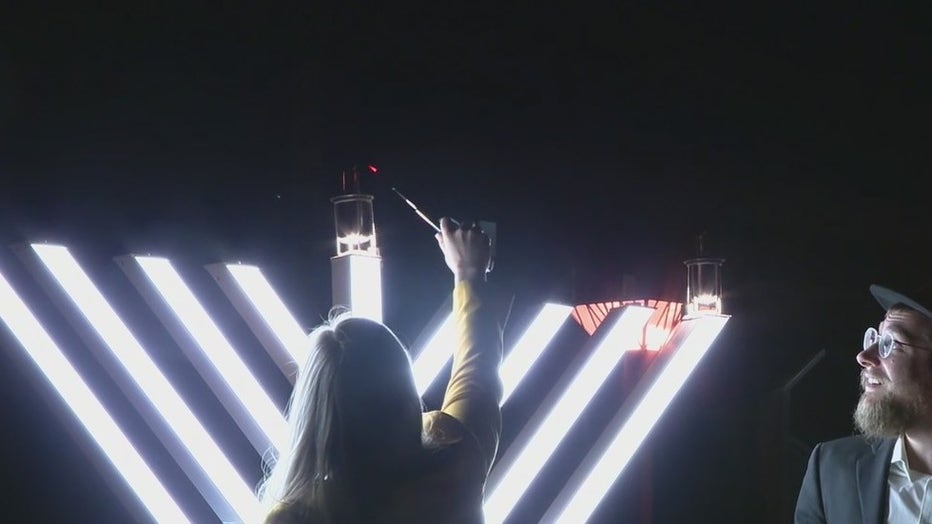 "Hanukkah is so fun," said 10-year-old Aya. "It's my favorite holiday because you get to hang out with friends and family, play with the dreidel. So, it's fun."

The food centered around an oil theme, with donuts and hot latkes.

"They are fried in oil, kind of the theme for the holiday is really oil. That was the miracle that happened around 2,200 years ago," said Rabbi Dovber Dechter.

The traditional menorah lighting was modernized just a bit but kept with the same traditional idea. Eight candles representing the oil that was supposed to burn just for one day, but lasted for eight, a miracle that they'll continue to pass on to future generations.

"We add another light each night. the message obviously speaks for itself that we should always be looking to increase and increase our influence in a positive way around us every night," Dechter said.

Organizers say this was the first time they held this event at the park are hoping to continue the tradition for years to come.

Menorah lighting in Phoenix kicks off the beginning of Hanukkah

A menorah lighting in Phoenix kicked off the beginning of Hanukkah on Nov. 28. There was dancing and people of all ages. Organizers say although the celebration happened thousands of years ago, the message still rings true today.