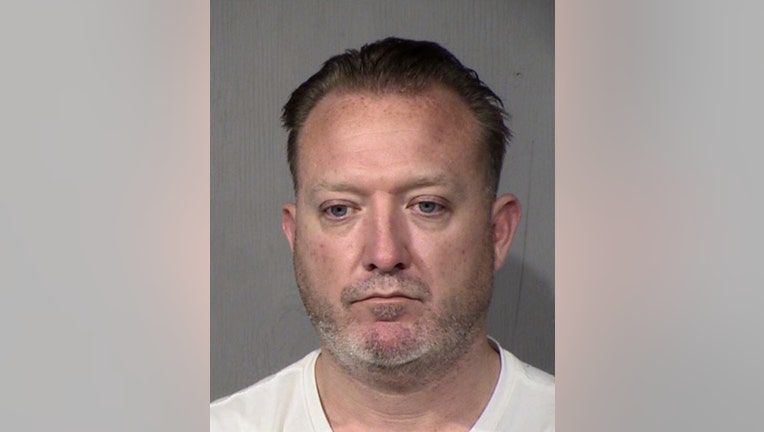 MESA, Ariz. - Officials with the Mesa Police Department say a 37-year-old has been booked into jail over allegations of child sex trafficking.

According to a statement released on Oct. 22, Jason Vangundy of Phoenix was arrested by members of the Mesa Police Department's Human Exploitation and Trafficking Squad.

Vangundy, according to investigators, met the girls through online apps. One of the victims told police that Vangundy had four runaway girls living at his apartment in Phoenix, and bought them cell phones so they could arrange sexual encounters with men for money.

"A second girl told police she felt compelled to perform sexual acts for money, at the request of Vangundy, because he provided her with food, shelter, and a cell phone," read a portion of the statement.

Two of the victims, according to police, were 16 and 17. Two other victims are still outstanding.

Police officials say once Vangundy was arrested, he admitted to housing two of the girls, buying them cell phones, paying for hotel rooms, and receiving money from one girl. Vangundy, however, denied he was involved in anything related to prostitution.

Vangundy is accused of child sex trafficking, money laundering, and illegal control of an enterprise with minors. A $250,000 bond has been set for Vangundy.