The incidents were captured on surveillance video at a Mesa pre-school.

MESA, Ariz. - Officials with the Mesa Police Department say they have arrested a 29-year-old man in connection with an abuse incident at a pre-school.

According to a statement released by officials on March 17, Kyle McKee surrendered himself into custody on March 16, almost a month after police were called to his workplace for a child abuse call.

Police officials say McKee worked as a Behavioral Health Technician at S.E.E.K Arizona East, which is described as a developmental pre-school that provides infant and toddler care.

According to investigators, officers were provided with five video recordings by officials with S.E.E.K., each showing McKee inside a classroom with a non-verbal 4-year-old boy who is on the autism spectrum.

McKee, according to police, was the sole care provider of the victim. The video recordings were taken between Jan. 18 and Feb. 16, 2021.

"The videos showed Kyle physically abusing the 4-year-old by hitting, pushing, and kicking him," read a portion of the statement. 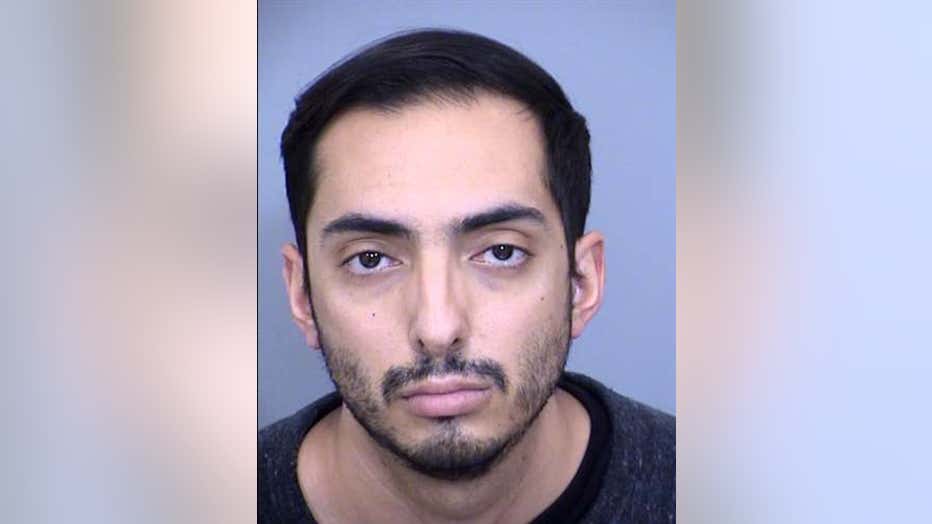 According to court documents released by Mesa Police officials, the first video, taken on Jan. 18, shows McKee hitting the victim with an open palm once. McKee then "forcefully pushes the juvenile several times and once into a chair," causing the victim to almost fall on the floor.

In the second video, taken on Jan. 26, officials say McKee was seen pushing the victim at least five times into walls and down to the ground.

Investigators say the third video, taken on Jan. 27, shows McKee holding the victim by the wrist and kicking him once in the chest.

"The defendant forcefully swings the juvenile victim by his legs, causing his head to almost hit a sharp corner on a desk nearby," read a portion of the documents.

Documents say in the fourth and fifth video, which were taken on Feb. 16, McKee was seen pushing the victim forcefully at least six times, causing his lower body to leave the ground and fall back down.

"The defendant picks up the juvenile victim by his wrists, lifting his whole body off the ground, and throws him down again," read a portion of the documents. Investigators also said the victim suffered a facial abrasion from the incident on Feb. 16.

Investigators say McKee was released from custody with an ankle monitor on March 17. He is accused of four counts of felony child abuse.

On March 17, the CEO of S.E.E.K. Arizona, Jessica Irwin, has released a statement on the incident.

S.E.E.K recently learned about accusations made against a now former employee regarding a physical incident with a child. This incident was inappropriate and regrettable.

Upon speaking to the client’s parents, our management team quickly began a review of the session between the behavior technician and the child.  S.E.E.K leadership immediately made a legally mandated report to the appropriate monitoring agencies.  We also immediately reported the incident to the police.

The employee – who had been background-checked, fingerprinted, and held a professional certification – had worked with S.E.E.K. since July 2018 without incident.  We terminated the employee immediately, without this person ever seeing another client.  The S.E.E.K. team will continue to cooperate with the state agencies and law enforcement to the greatest extent possible moving forward.

S.E.E.K takes allegations of this nature very seriously and strives to provide a safe environment for everyone involved with its programs.

In the same statement, a spokesperson for S.E.E.K. said it was a manager who provided police with the five videos, and that the facility and its leadership self-reported the incident to police immediately.