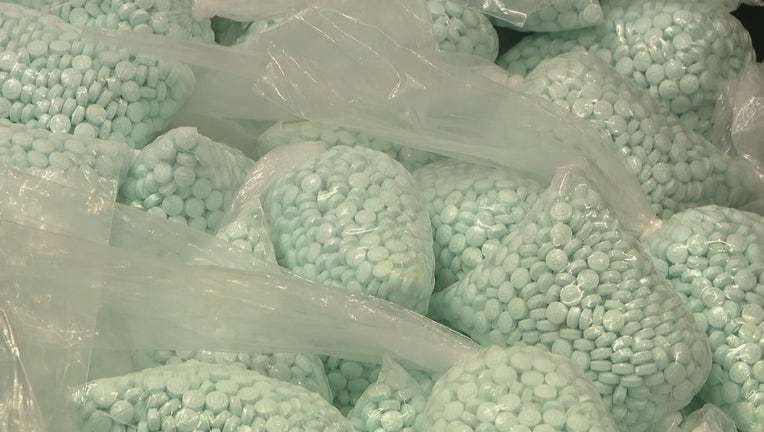 The town is better known for its myriad pharmacies, dentist and doctors’ office catering to American visitors.

But federal prosecutors said they detained a man there who had 11 pounds (5 kilograms) of fentanyl pills, 110 pounds of white powder, and 44 pounds of blue powder and an industrial pill press.

Mexican cartels import close fentanyl precursors from China and then press the drug into counterfeit pills made to look like Xanax, Adderall or Oxycodone, a or mix into other drugs. That has lead to tens of thousands of overdose deaths in the United States, because people often do not realize they are taking fentanyl.

Awareness of fentanyl, the 'deadliest drug,' being raised by the DEA

Fentanyl is the single deadliest drug threat the nation has encountered, says the U.S. Drug Enforcement Administration, and that's why it launched National Fentanyl Day, raising awareness of how deadly the drug is.