Missing In Arizona: Family grows concerned as Phoenix woman vanishes without a trace

Loved ones continue to search for a Phoenix woman who vanished without a trace. A 36-year-old mother of two was last seen near her apartment in June. FOX 10’s Justin Lum spoke to her family and retraces her steps.

PHOENIX - "My heart really breaks for those families that are waiting for years and years. It’s just a terrible place to be."

A place of not knowing where your loved one is at this very moment. That experience is taking a toll on the family of Michelle Bernstein-Schultz.

Michelle was last seen on June 29.

Her mother, Patricia Yaloz says she received a text message from Michelle’s boyfriend. The two lived together at the Tides at Paradise Valley near 40th Street and Greenway Road.

"I was in absolute shock. I asked him to call me and at that moment he didn’t. I waited a few minutes, asked him again, so I called the police to confirm that there was a report and there was," said Patricia.

What’s strange to Michelle’s mother and sister, Daniella Smith, is why she would leave her apartment with nothing but the clothes on her back in triple digit heat. Daniella says she pinpointed the time Michelle last spoke to anyone over the phone, referencing a text exchange that afternoon.

After 4:03 p.m, Michelle is believed to have walked out of her second floor apartment, leaving behind her personal items.

"I knew that she would not go anywhere without her phone, and it truly made it a mystery to me," said Patricia.

Michelle's phone, wallet, ID, and car – all left at home.

"No one has seen her, no one has spoken to her, just no information after that time and date," said Daniella.

FOX 10 asked if any surveillance footage of Michelle has surfaced since last month. Her family says they’ve seen no such leads.

"All of these leads that we were hoping for at this point in time don’t exist," said Daniella.

And this is a busy area where she lives, how does she just vanish like this?

According to loved ones, this is out of Michelle’s character. And the day before she went missing, the 36-year-old learned some good news from her personal injury lawyer.

"We told Michelle on June 28 that her check would be ready on July 1, and unfortunately it's still at our office," said Nasser Abujbarah, partner and attorney at Phillips Law Firm.

A $2,500 settlement waiting for her after being rear-ended in a car accident.

Abujbarah says he saw no signs of concern leading up to Michelle’s disappearance.

"I never saw any of that with Michelle. She was always straightforward, nice, responsible, respectful.. never saw any issues that would trigger any sort of warnings for me and, unfortunately, again in my practice, we see it from time to time, but we never saw it from Michelle."

"If she was planning on doing this she would have needed that money and I just can’t imagine that if she would have done this on purpose that she wouldn't have waited a couple days to have that money," said Daniella.

Michelle is known to enjoy hiking with her dog, but there’s no indication she would do that in excessive heat.

Have you seen her?

Michelle is 5’ 6" tall, about 170 pounds with short, black hair. She was wearing a black mask, gray sandals with fluorescent green accents and some friends call her "Elle."

"I think one of the hardest things about this is looking into her 10-year-old son’s face and not knowing what to say to him when he’s asking about his mother," said Daniella.

I asked Patricia what she would want Michelle to know.

We knocked on the door of Michelle's apartment hoping to speak to someone, but no one was there.

FOX 10 asked the Phoenix Police Department if foul play is suspected, but a spokesperson tells me there's no update. Police are asking for tips from the public.

For more of our coverage on missing persons cases, head to https://fox10phoenix.com/missing. 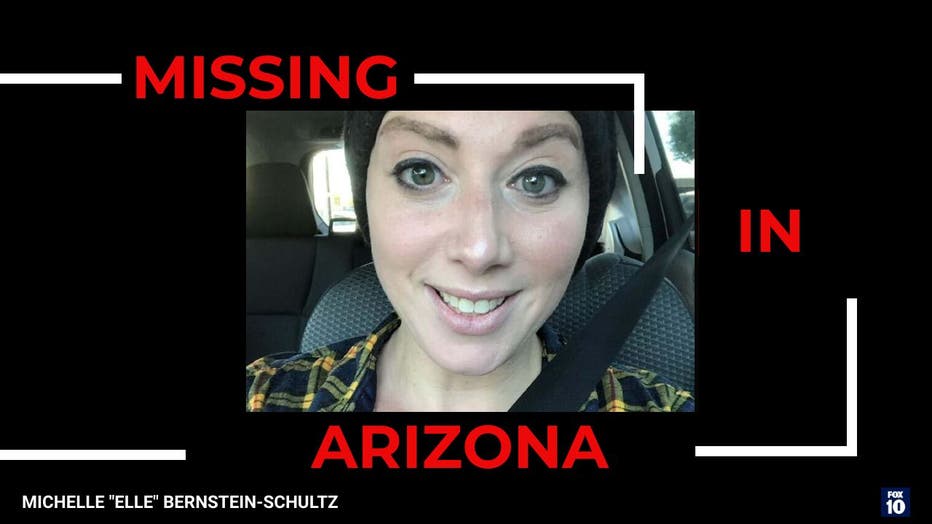